By Tom Duggan on January 17, 2018Comments Off on Police Arrest Lawrence Man in New Year’s Eve Murder on Reservoir St.

The Lawrence Police and The Massachusetts State Police Violent Fugitive Apprehensive Team have arrested 49 year old Jose Urena  of Lawrence for the execution of Jeffrie Santana-Peguero on New Year’s Eve.

Callers told the Lawrence Police that someone was shooting the windows of a van on Reservoir St. shortly after 9pm on December 31st.

When police arrived they found  the body of Jeffrie Santana-Peguero of the Dominican Republic with multiple gun shot wounds, blood covering the console and interior of the car, and multiple bullet holes in the interior and exterior of the car. 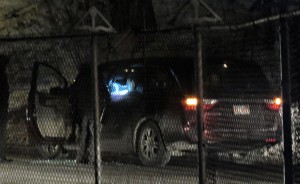 Jose Urena was arrested Wednesday afternoon at his home at 63 Warwick St.

“Thanks to the hard work and cooperation of Essex County District Attorney’s Office, their state police detectives unit, Lawrence Police Detectives and the Violent Fugitive Apprehension Section, this dangerous individual is now in custody and will be brought to justice,” Acting Chief Vasque said.

He will be arraigned at Lawrence District Court on Thursday morning.