The suspect in the Christmas Eve shooting on Broadway and Center Street has been taken into custody less than 48 hours after the incident that sent a Methuen resident to the hospital with non-life threatening injuries.

Methuen police took a 17 ear old “juvenile” into custody approximately 11pm Thursday night at 531 Lowell Street in Lawrence. He is being charged with Assault with intent to murder while in possession of a firearm, Assault and battery with a dangerous weapon, assault and battery causing serious bodily injury, discharge of a firearm within 500 feet of a dwelling, and carrying a firearm without a license.

Police would not release the name or photo of the suspect because he is a “juvenile”.

One Shot, One Stabbed in Christmas Eve Violence in Lawrence, Methuen 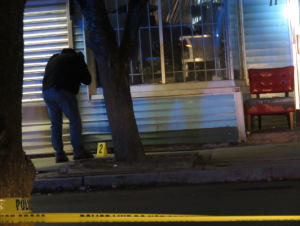 While most people were celebrating Christmas Eve with their families Tuesday night, police in Lawrence and Methuen were busy investigating two separate incidents of violence in the area of Broadway on the Lawrence Methuen line.

Shortly after 7:30 PM Methuen police were called to the intersection of Center St. and Broadway where a Methuen resident was gunned down. 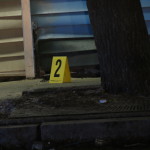 Just blocks away, at almost the same time a man was stabbed on Broadway in Lawrence at a barber shop. Sources say two barbers began to argue before one stabbed the other.

The stabbing victim was also transported to a local hospital and is being treated for serious injuries. Lawrence Police did not say if they have the stabber in custody.