By Tom Duggan on September 24, 2017Comments Off on Political Newcomer, Mallett Says Lawrence Will Not be a Sanctuary City if He’s Elected Mayor 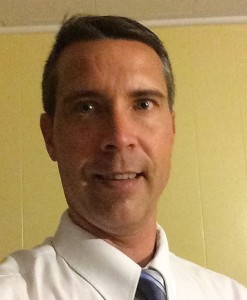 40 year old Paul Mallett  says he wants to be mayor of Lawrence and ads that if he is elected Lawrence will not be a sanctuary city.

There are eight candidates on the ballot Tuesday in Lawrence seeking two nomination spots for the final election in November.

“I think basically we are a little too relaxed right now in allowing undocumented people to come back into the country after they commit crimes. We need to control that problem more. They shouldn’t be coming back. We need to deal with this. The law is the law. When people get to just follow whatever law they want we have chaos, and if you look at what’s been happening in Lawrence it proves my point.”

“One thing with crime is that we have to make sure individuals who are committing crimes and involved in drug activity are not coming back to community. Recently, in that big fentanyl drug bust they had an individual bragging about the number of times he was deported and came back to this country. That’s unacceptable. We can’t allow that, no matter what. When I am mayor Lawrence will not be a sanctuary city and everyone will know it.”

Mallett has worked at Comcast for the last 13 years as a financial analyst, and graduated from BU in ‘99 with a degree in communications. Mallet moved to Lawrence in 2004. He is a homeowner on Riverview Place and also owns a condo in the city that he rents out. He has been married for 13 years and has two sons.

WHY ARE YOU RUNNING FOR MAYOR

“It doesn’t seem like things are changing for the better in Lawrence. I know that the current mayor’s intentions are good, and  there’s a lot of talk about increasing the numbers on the police force, as if that’s going to solve the problem.Unfortunately, that increase didn’t translate to results. Look at the stats. We are at the same place on homicides as we were with the previous mayor. Shootings are up. That’s not good at all. There were 23 homicides under Lantigua. If anything, you would think homicides would be lower with more cops. So, we have to work smarter not harder.”

“I’m running for mayor because I don’t feel that we are really seeing changes that are needed in this town. The poverty rates are extremely high in Lawrence, not enough people are working. It doesn’t seem like there’s that motivation piece. Not enough people in Lawrence want to work. There are too many people relying on public assistance. We really should get back to what Lawrence was nearly 30 years ago: a lot of people working hard, people who wanted to work hard. A work ethic not an entitlement ethic.”

“But, we also have to offer jobs and combine that with our efforts with a focus on job training .

Asked if he thought he would be able to raise enough money to be viable against Mayor Rivera in a final election, Mallet said he doesn’t believe money can make a difference in this race. “You can’t buy elections. It’s like anything else. You take your existing resources and use them smarter. I will do that in the campaign and I will do that as mayor. That’s something I know I can do.”

“The more educated you are the more motivated you will be to want to work. To be honest, I’ve worked at Comcast for 13 years because I love it. I’m motivated at work and I will be motivated for Lawrence. Let me give you an example. Currently at my job we consolidated a lot of the work from other regions in our New England division. My boss could have hired more people, but we had the option of trying to get the same results with fewer people. So, I wrote a lot of computer programs to automate my work. We ended up doing a lot more work with even fewer people. It’s called efficiency. If we can do that, it’s going to trickle down and have positive effects.”

“We will save money for city and the taxpayers  if I’m elected. With the money we save we will use to start investing in things like education. We need to start increasing our local contribution to education, but we also need to focus more on reading and writing in English. I was brought up to believe that if you can read well you can do anything. Kids need to spend more time at the library and less time on their phones. The main Library in Lawrence is open 7 days a week. It’s a resource that’s just sitting there. We need to instill the importance that reading is knowledge and knowledge is power.”

“I’d like to change the way some of the things are right now in how we deal with housing. There’s a housing crunch in Lawrence, but part of the reason for that is, I’ve seen cases where people on public assist have a three bedroom apartment all to themselves. It makes no sense. Also, families that are looking to get help can’t get it because you have so many people taking the housing stock more than they should. I’m all for public assistance but one person shouldn’t have a three bedroom apartment to themselves. Why are we not thinking practically about how we handle housing?”

* Explore the use of increased surveillance cameras and technology.

*Encourage more community service, such as in the Cor Unum.

*Trying to get people back on their feet to work again through drug rehabilitation programs and job programs.

*Play a more active role in partnering with our churches to tackle some of these issues.

* Explore the use of increased surveillance cameras and technology.

*Encourage more community service, such as in the Cor Unum.

*Trying to get people back on their feet to work again through drug rehabilitation programs and job programs.

*Play a more active role in partnering with our churches to tackle some of these issues.

Political Newcomer, Mallett Says Lawrence Will Not be a Sanctuary City if He’s Elected Mayor added by Tom Duggan on September 24, 2017
View all posts by Tom Duggan →