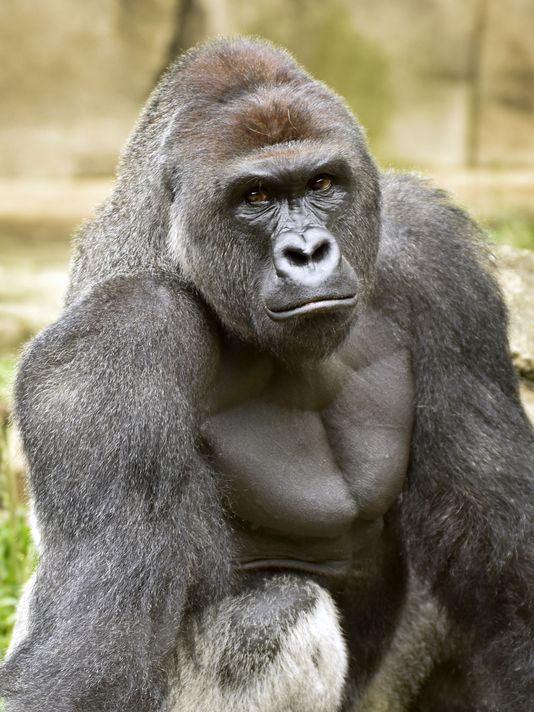 Just to be clear, the above title is satire. However, if the 24-7 coverage of the untimely deaths of these animals were any indication, you would think we need to build public monuments in their honor.

Please note, I admit to being an animal lover. Not in a way that forces me into vegetarianism or to throw out my leather belt and shoes, but in a way that makes Cheap inflatable water slides a jungle safari my dream vacation, Animal Planet a favorite TV station, zoos among my favorite places to visit, and getting another dog a resisted temptation – since I get too easily attached to them. Having said this, if I didn’t see the difference in objective value between human beings and animals, I would count myself among the insane.

Every semester I take a poll of my students in my ethics classes. I give them a scenario where they are driving too fast on a dark slippery road and see two moving objects up ahead. As they get closer they see that one object is their beloved dog and the other is a stranger. To avoid killing both they must swerve their wheel. By swerving right they would kill their dog, left they kill the stranger. There is no alternative option and no one else around. Almost invariably a majority of the class chooses to save the dog.

Because we live in such a confused time, nothing surprises me. A few students express shock in the results, but think about it: We know the names of the lion and the gorilla that have been shot dead recently. Do we know the name of the child who was killed gang gunfire in Chicago yesterday? The Marine shot dead last week by a terrorist? Do we care about the 60 million preborn children since Roe vs. Wade who will remain nameless? Nevertheless, we’re on a first name basis with the deceased Cecile and Harambe.

Why? The bottom line is that when we lose sight of God we lose any semblance of natural order and hierarchy of value. We are forced to create our own reality; and the tendency to revert back to worshipping animals and using people becomes ever more present.

What is reality? First, humans are persons, animals are not. Only persons, subjects with intellect and will, image God Who Is Tri-Personal. Only persons have religion and can recognize transcendent divinity.

Secondly, the brain and the mind are not the same thing. It’s much easier to change your mind than to change your brain. The nerve center of the human brain is only slightly more complex than other animals, and it cannot account for our uniqueness.

For example, our abilities to understand symbolic language, grasp abstract immaterial truths, and rise above instinctual desires can only be accomplished with an immaterial, or spiritual, power. A hand can grasp a pencil, but only a mind can grasp the concept “pencil.” An eye can see social behavior, but only a mind can grasp “justice.” A body can perceive, desire, and react to external stimuli, but a mind with free will can rise above physiological drives to govern the self according to the true and good. There would be no laws or accountability otherwise. We don’t take alligators to court for biting humans or bears for stealing our picnic baskets. That’s what they are physiologically programmed to do. They can be trained, but there is no personal “I” that enables them to know and govern the self above instinct.

Thirdly, and I know there will be much push-back on this from fellow animal lovers: animals cannot love. Yes, they do many things that mimic love on the instinctual level, like display loyalty, affection, care for offspring, and mourn their dead. However, unless these acts are freely chosen they are not love. Love is a free choice. (That is why “falling in love” is not necessarily love.) Did the dog freely choose to lick you and wag his tail instead of pouting in the corner for what you said about him yesterday? Did the alligator ask you if you were going to harm its babies before attacking? Why not? And did the little boy in the gorilla mote interrupt Harambe in the midst of composing a musical sonata or preparing to teach his fellow gorillas the difference between Socratic dialogue and Cartesian dualism?

Like many others, I marvel at the majesty of an adult lion and a silverback gorilla. But they are not persons. They are not spiritual and can neither think nor love.

The invaluable dignity of each human person rightly leads us to conclude that the life of a human child is inherently worth more than all the lions and gorillas in the world.

Pope to Canonize Cecil the Lion and Harambe the Gorilla as Martyr Saints ~ BENEATH THE SURFACE added by Paul Murano on June 27, 2016
View all posts by Paul Murano →