By Tom Duggan on January 12, 2016Comments Off on Powerball’s Historic Jackpot and What it Means to the Local Economy 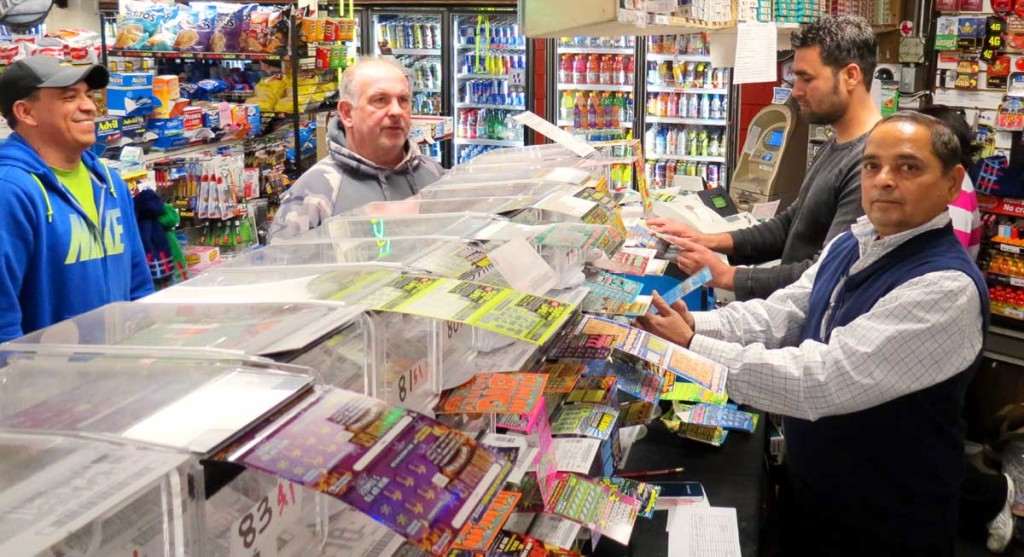 Massachusetts State Lottery Director Michael Sweeney told the Valley Patriot Tuesday morning that the Powerball jackpot has been adjusted to $1.5B, the largest lottery payout in world history.

“It’s really a big win for the state,” Sweeney  said.

The Powerball jackpot hasn’t been hit in 19 successive drawings. The last time someone hit the jackpot was the first week in November of last year. Every time there’s a drawing, if the jackpot isn’t won, that prize pool is carried over to the next drawing.

Sweeney said that even though the jackpot hasn’t been won in a while, there have been smaller winners in each drawing.

“We had $1M winners in this time period and other smaller winners in other states. That obviously is paid out and those numbers are not included in the rollover jackpot number.

Between the last drawing and January 8th, Sweeney said that the lottery has raised over $28M in Powerball sales in Massachusetts, “which is also a new record.”

Over the course of the last 19 drawings, (in just Powerball sales alone) the state has raised more than $22 M in local aid for cities and towns across the state.

“Treasurer Goldburg has been focusing on increasing our engagement with local retail partners who sell lottery products. We give 6% of every dollar right back to the retailers who sell the winning tickets by giving commissions and bonuses.”

Just from Powerball sales since early November of 2015, roughly $3M will go back to small businesses selling lottery products.

“This has been very, very good for business,” said Hasmukh Vora, owner of the Rt. 110 Convenience store in Methuen, as the line at his lottery counter stretched out the door.

“People come to play Powerball tickets, and they buy candy and cigarettes while they are waiting in line. Even if we don’t sell the winning ticket, our business has a 40-70% increase since Powerball started making the news.”

“We have been very, very lucky,” Hasmukh said.

“I came to this country and opened a store ten years ago. Never have I dreamed we would be so blessed. I also like that when we get a commission from a winning ticket, we get the money within a few weeks. It comes very fast. That’s very helpful for a small, family run business like ours.”

Vora says that his commissions from lottery winners helped him put his two sons through college.

“I used the money from our scratch ticket bonuses to help pay for college for my sons, Heem and Deep. Now, I have a grandchild. Any money we get now from winning tickets goes directly to education funds for the future.”

“It’s really great to hear Hasmukh’s story, I think we need to hear more stories like that in the news.”

WHERE DOES ALL THAT MONEY GO?

Sweeney was appointed as the state’s Lottery Director by State Treasurer Deb Goldburg last November, after serving three months as the interim director.

“I don’t think people realize that 42% of every dollar spent on the lottery goes to local aid. What we do is the opposite of what most government agencies do. Usually a city or town will get some kind of government funding with strings attached, where they have to use the money for specific purposes. But, the lottery in Massachusetts is the reverse of that. This is unrestricted local aid. The money we give back to cities and towns can be used in any way the local mayors, town managers, or city councilors and selectmen see fit. They can use it to hire teachers, cops, firefighters, buy new fire trucks, pave roads, whatever the individual need of that town happens to be.”

COST OF LOTTERY OPERATIONS LOWEST IN THE COUNTRY

“People are surprised when they learn that only 2% of the revenue brought in by the lottery is spent on lottery operations. That’s the lowest in the country. On average, 72% of all lottery revenue goes directly to consumers for lottery prizes. Massachusetts also has the highest payout in the country, which is pretty amazing.”

Sweeney said that the reason Massachusetts always has the highest payouts and lowest costs for operations is because of the way the lottery was initially set up.

“From its inception, the vision set out by the state for the lottery, has always been to have high payouts and low costs. We have been leaders in the country as far as prize payouts go. That’s the way the legislature wanted it. I think for game consumers in Massachusetts, that means they are getting better odds.” 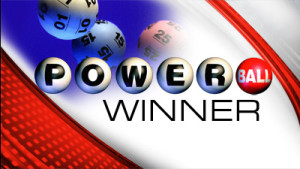 Powerball is a multi-state (44) lottery game that includes Washington DC, Puerto Rico and the Virgin Islands. Players pick six numbers, or can have a random set of 6 numbers chosen by computer called a “quick pick”.  The Powerball numbers are drawn in Tallahassee, Florida twice a week. If nobody hits the jackpot, the money collected rolls over to the next drawing.

“The multi jurisdiction games, like MegaMillions and Powerball, come about when we are approached by other states or organizations with particular game offerings,” Sweeney added.

“Then we will go through the internal process of vetting what the game is, what controls are in place, the payouts, etc. We also look at game integrity.”

“What we see with the public and the media is that once a jackpot reaches $400M-$500M, it seems to suddenly get the attention of the news media. At that point we really don’t have to do anything. It takes on a life of its own. It gets talked about everywhere. People talk about it at work, with their friends, it builds its’ own excitement.”

“The State Treasurer has been very focused and very strong on sending the message to players that responsible gaming is important. Just because a jackpot reaches a high payout, people shouldn’t be going outside their budget to play the lottery. People should not spend above their means.”

Sweeney says that the lottery office works with The Massachusetts Council on Compulsive  Gambling.

“We are active with them and we also meet regularly with public health officials for people who have unhealthy gambling addictions. In fact, I’m going to a meeting today concerning public health issues for gambling addicts. Just yesterday, we sent out messages on social media reminding people not to bet above what they can afford. We also provide information for people with compulsive gambling issues, including posting links on social media, providing access to help lines, online mechanisms they can use and information on how to get in touch with organizations if they think they need help.

Sweeney also cautioned players not to give lottery tickets of any kind to anyone under 18 years old.

Powerball’s Historic Jackpot and What it Means to the Local Economy added by Tom Duggan on January 12, 2016
View all posts by Tom Duggan →