By Paul Murano on January 28, 2016Comments Off on Primary Presidential Politics: Who to Choose? ~ BENEATH THE SURFACE with PAUL MURANO 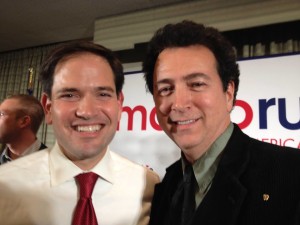 It is now political season and New England must choose the nation’s front-runners for President of the United States. I don’t place my faith in politicians and neither should you, but the upcoming primaries could be vital to picking the man or woman who will choose the next few Supreme Court justices.

American presidential Cheap inflatable water slides elections usually come down to “trust” vs. “change”. Conservatives look for someone they can ‘trust’ to ‘lead’ the nation and Progressives look for someone who will bring ‘change’ they can ‘hope’ in. Let us go beneath the surface on each of these bumper-sticker slogans. As G.K. Chesterton once said, “The business of progressives is to go on making mistakes, [and] the business of conservatives is to prevent mistakes from being corrected.”

Hoping in “change” is like getting excited about movement; the quality of the change or the direction of the movement are often not even considered. “Progressives” judge truth and goodness by a calendar rather than by reason, and the prospect of “going backwards” produces greater fear than grave and present evils. Even the current president repeatedly uses the term “the right side of history” as if it has any real meaning. Those who think the sacredness of human life, natural marriage, and personal integrity are outdated values will undoubtedly vote for Hillary Clinton or Bernie Sanders. For everyone else, there are a dozen other candidates to look at. Yet, who to choose?

Realizing there will never be a “perfect” candidate, I offer two basic questions to ponder: 1) Which candidate holds a value system or hierarchy of goods that is best for the common good?, and 2) Which candidate has the best shot at beating Hillary? Without the second, the first question makes little difference.

Let us first look at the candidates’ values. Reason can see the Bill of Rights and Declaration of Independence are correct in their proclamation that life is the highest human good, followed by liberty, and property or pursuit of happiness. This order is important because one cannot pursue happiness or attain property without liberty, and one can have no liberty without life.

All the Republican candidates seem to hold these values in proper order. They all know “freedom” to kill the innocent at any stage of life is not liberty; and all but Rand Paul believe that government has a legitimate role in supporting natural marriage, whose family structure is the foundation of civilization and the buffer between the individual and totalitarianism.

All twelve Republicans also want to keep you safe and protect your liberty with a strong military, but some may be more hawkish (Rubio, Christie, Fiorina, Bush) than others in doing so. All want to seal the border and stop the flow of illegal immigration, but some also want to deport all 12 million presently living in the U.S. (Trump, Cruz). All believe in a strong economy with low taxes, while some believe government should be more involved in assisting the poor and underemployed (Santorum, Huckabee, Trump). Some have values you know are rock solid to their core (Huckabee, Carson, Cruz, Santorum, Rubio), while with others you take a big risk, since they have recently stood on both sides of the major issues (Trump). Some candidates are more likely to take on the media establishment (Trump, Carson, Cruz), while others might be good presidents but are poor campaigners (Bush, Paul).

Since the candidates are not significantly different on the issues, with the exception of Rand Paul’s libertarian approach to foreign policy and marriage as well as Donald Trump’s lack of core values, the second question becomes more important than the first: Which one of the candidates has the best shot at beating Hillary? For this question we must alter our thinking to remain shallow and above the surface.

Since the invention of television the candidate with the two H’s (height and hair) invariably wins. Whether we like it or not, image, charisma, youth, articulation, likability, and general attractiveness wins elections. This coupled with the ability to attract young voters, Latinos, and women, leads us to the candidate that is most reasonable to vote for in the upcoming primary: Marco Rubio. Facing off against Hillary in the debates Rubio will shine, and beat her at her own game, identity politics. She is a woman, but he is Latino. She is old and white, while he is young and…Latino. She is of the past, he of the future. There is a reason all the polls have Rubio as the one Republican who consistently beats Hillary in a head-to-head matchup. To the public Hillary will look like the adult next to Trump or Christie; and next to Cruz she will appear less scary. It becomes clear that Rubio’s values and ability to attract various factions of the electorate gives him the upper hand in giving you “change” you can “trust” to stop the bleeding.

If you want to save America from a third Obama term with Hillary continuing the downward spiral of “progression” into a culture of death, your most reasonable choice is Marco Rubio.

Primary Presidential Politics: Who to Choose? ~ BENEATH THE SURFACE with PAUL MURANO added by Paul Murano on January 28, 2016
View all posts by Paul Murano →