By Tom Duggan on September 11, 2014Comments Off on Prospect Hill Frontman Adam Fithian Out as Band Elevates Edgar Trancoso as New Lead Singer 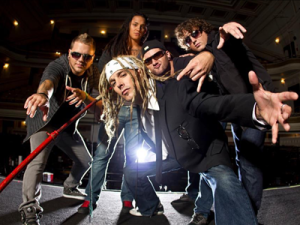 Home grown Lawrence, Massachusetts rock sensation “Prospect Hill” has let their lead singer Adam Fithian go and elevated bassist Edgar Trancoso to front-man Thursday after the band held a meeting to notify the signature voice of the band that they were moving on without him.

Prospect Hill hit it big with “Come Alive” off their album “Impact”. The band recently signed a contract with the NFL and was in talks with Major League Baseball. Prospect Hill released their new video “Step out of Line” last month making a bold and controversial statement about the news media, and the role that American pop culture plays in the epidemic of violence in this country.

Late Thursday night lead singer Fithian posted a message on his Facebook Page notifying fans that the band had held a meeting in his backyard where they informed him that “We have reached a crossroad where we feel that we can not move forward as you as our frontman.”

Fithians’ message states that he had no idea he was about to hear the news and had no choice but to “respect what they want”.

Fithian gave no indication what his future might hold or his plans to move forward without the band.

“I gave 9 years of my heart, soul, and emotion to the band,” Fithian says.  “This Decision was not my choice. I wish the guys the best, and I can promise you this, YOU HAVE NOT HEARD THE LAST OF ME! Stay tuned and please “SHARE” this status.” 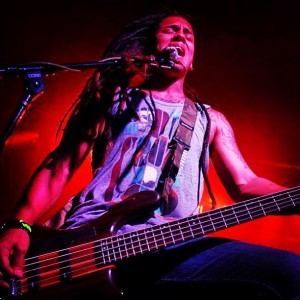 Trancoso, the bassist and new Prospect Hill lead singer also posted an announcement on his Facebook page stating in part, “After lots of thought and soul searching, Prospect Hill has decided to move forward without lead singer, Adam Fithian. We wish him the best of luck and will support him in his future endeavors.”

“In life, just like in music, change is inevitable.For some, it causes fear that is fueled by uncertainty and reinforced by opposition. For others, change can reinvigorate passion and hope for a better tomorrow.

In music, sounds change, styles change, bands change. The one thing that will always stay constant for us no matter what, is the passion we share with you, our fans and friends. It’s that special bond between performer and listener, that keeps us in this unpredictable and ever changing business. You are the fuel that gives rise to our flame, the adrenaline that flows through us and allows us to kill it every night for all 5, 500, or 5000 of you in the crowd.

After lots of thought and soul searching, Prospect Hill has decided to move forward without lead singer, Adam Fithian. We wish him the best of luck and will support him in his future endeavors.

We are proud to announce some exciting moves going forward – Edgar will be stepping front and center as our lead singer, John Roberge will be playing bass, Derek Rousseau will be returning to play guitar, Alex Huston will still be ripping away on guitar and Mark will be smashing drums. Adam will be gracing us with a couple final performances so you wont want to miss these…
Oct 3rd in Cranston, RI
Oct 4th in Lawrence, MA
Oct 26th in Foxboro, MA