By ValleyPatriot on July 30, 2015Comments Off on Protecting Our Communities in the Age of Fracking Gas ~ IN YOUR CORNER WITH SENATOR KATY IVES 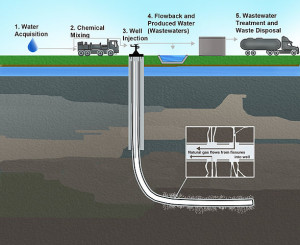 In June, I attended the Methuen City Council’s special meeting where Kinder Morgan, a Houston-based energy infrastructure company, presented their plan for a proposed natural gas pipeline that would travel through Methuen, Massachusetts.

I joined Representative Linda Dean Campbell and concerned residents to speak during the public comment portion of the meeting. Thoughtful inquiries and remarks were offered by members of the Council and residents in attendance. They presented a number of outstanding safety, environmental, and property impact concerns. During my remarks, I urged residents to remain engaged throughout this process and highlighted how similar opposition from other Massachusetts communities has led Kinder Morgan to alter their proposed routes. I am not in support of the proposal for multiple reasons, including safety and construction concerns, environmental impacts and transparency issues.

The pipeline proposed would transport what is called “fracked gas” through the City of Methuen. Fracked gas is natural gas removed from rocks by a fracturing process which injects chemicals deep into the ground. Hydraulic fracking fractures rock by the use of a pressurized liquid comprised of water and chemicals and is injected into land borings so gas migrates into the well. This process intensely uses water to the rate of 1.2-3.5 million gallons of water per well, diverting water from other human demands. Fracking subjects people to pollution exposure through surface spills, air pollution, the migration of gases to the surface and contaminated water.

The chemicals used for fracking are a slurry of elements which include water, proponents such as silica, and chemical additives. Of the 2500 hydraulic fracturing products in the industry, 650 contain chemicals categorized as known or possible human carcinogens. Over 200 of these products have components listed as a “trade secret” on their OSHA material safety data sheets. Slurry pools often sit in close proximity to the site and are an additional threat to our natural resources. In Dimock, Pennsylvania, it has been estimated that one gas company has spent upwards of $109,000 for methane removal systems for 14 households that were affected by natural gas seepage into their drinking water. An additional $193,000 was spent by the company on potable replacement water for residents in the affected areas over the course of two years.

In 2004, an accident at a hydraulic fracturing well in Colorado caused seepage of natural gas into the West Divide Creek, a major watershed for the county. Two years after the initial accident, the company reported paying upwards of $350,000 to replace residential water in a two mile radius of the site.

The quality of our drinking water is of major importance. Many residents in the state use well water, while others use municipal or state water supplies—all vulnerable to chemical pollution. Although there are limited deposits of natural gas in Massachusetts which could be extracted through the fracking process, our state is in close proximity to states in the midst of an unfortunate fracking boom and we need to take measures to discourage industry creep into Massachusetts.

I filed this legislation because it’s more environmentally and fiscally prudent to address the matter of fracking now – before we have to respond to proposals. A June 2012 US Geological Survey study indicated the existence of natural gas, accessible through the fracking process, under segments of our Pioneer Valley. Where these reserves are smaller than those currently being extracted in other states, Massachusetts will inevitably be vulnerable to fracking when those larger reserves are depleted. Preventing the destruction of our quality drinking water is a great deal less costly than spending public monies on cleaning contaminated land and water, or having to build and retrofit water plants to serve residents who can no longer use their well water.
It is also important to include with a ban on fracking, a ban on fracking chemicals being stored or deposited in Massachusetts. We cannot prevent the migration of pollution from fracking into Massachusetts waters, but we can ban fracking and the storage of fracking chemicals in our state.

We have heard the pitch from this relatively new and burgeoning industry – that the benefits of cheaper natural gas and energy independence outweigh the risks and costs of fracking. However, I contend that if we poison our valuable and finite water supply, we are simply shifting to a new problem of no longer having affordable drinking water and water independence. We can do better and this legislation takes the bold action necessary to settle this question in Massachusetts.

Massachusetts can be a leader on this matter so that other states will take similar action.

Presently, New York State has banned the practice of fracking to extract natural gas because of the serious environmental degradation and poisoned drinking water experienced in that state.

Massachusetts drinking water is a public resource our state has heavily invested in to maintain high water quality standards and we as residents have the right to protect that. It’s important to the health and well-being of our families, as well as our state and local economy.

Kinder Morgan will be submitting their completed application to the Federal Energy Regulatory Commission at the end of this year.

Senator Kathleen O’Connor Ives (D) is a Massachusetts State Senator from Newburyport. She is serving her second term in the Senate and can be reached via e- mail at: Kathleen.OConnorIves@masenate.gov