Put on Your Big Boy Pants ~ By Jeff Katz

By Jeff Katz on November 21, 2014Comments Off on Put on Your Big Boy Pants ~ By Jeff Katz 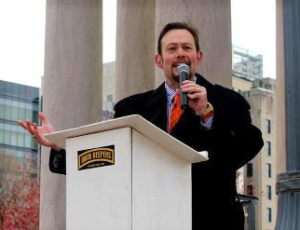 Just a few days after the 2014 midterm elections and the reverberations are being felt all over the country. People everywhere are hearing the message with one or two notable exceptions.

For years, Harry Reid has snatched every bill passed by the House and stuck in his sock drawer. When that filled up, he began to just pad his drawers with those pesky papers marked “HB” such and such. Hundreds of times, Majority Leader Reid simply trashed the legislation coming over from the other side of the Capitol. Now he says, he has heard the message of the voters. Not sure what he thinks he heard but I’m wondering if maybe something got lost in translation.

President Obama held a press conference and conceded that the Republicans had “a good day.” He then proceeded to hem, haw and otherwise stammer through what would be termed a tantrum if a toddler did it. The same man who so eloquently reminded everyone that “elections have consequences” told Americans that did not apply in this election. Just a few days before the election he noted that each and every one of his policies was “on the ballot” but the old rule of rubber vs. glue was apparently now in play, so his prior pronouncement no longer applied.

The mean Republicans continued their war on women by electing more women. The GOP once again demonstrated their bigotry by electing and re-electing people of color. While the Republican Party membership continues to hate gay people, they still elected proponents of same sex marriage. Damn Republicans!

The Democrats continued to strike blows for the 99% by nominating more members of the 1% than ever before.

I have read multiple messages from a variety of Tea Party groups claiming victory, but the fact is that for the most part Tea Party affiliated candidates were not on the ballot. In fact, this election was contested and won by mainstream, dare I say establishment, Republicans.

Most issues facing us today are tied to the economy. Unemployment is only down because people are no longer in the work force. Wages are stagnant. For most of us who do math by adding up the costs of Happy Meals for our kids it is a tough slog in the real world.

The message that I heard was that we’re tired of the juvenile antics. We’re looking for the adults to once again be in charge. No more vacuous hope and change mumbo jumbo. No more hiding bills to protect political partisans and for that matter no more introducing bills to attack political partisans. No, the time is now to fix the country and provide some real opportunity to real people.

My advice to the new leadership in Massachusetts and around the country is simple. Put down the talking points and roll up your sleeves. It is time for you to get to work. I’m not interested in excuses or blame, I’m looking for answers and solutions.