By ValleyPatriot on January 4, 2005Comments Off on Random Thoughts with Mark Palermo 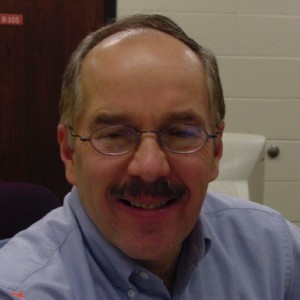 Looking back at some news stories of 2004 worthy of mention, there was the story about the Air Force locating a nuclear bomb they had “lost” back in 1958 when two jet planes, one of which was carrying the bomb, collided in midair. The pilot jettisoned it before bailing out, but the falling bomb embedded itself in mud under the floor of the sea. It’s been lying off the coast of Georgia all this time. The government says the bomb won’t explode because it doesn’t have a plutonium trigger. ( The government also said the Big Dig was going to come in on budget.) By the way, there are over fifty “lost” thermonuclear bombs worldwide.

Speaking of bombs, there was Linda Rhonstat’s aborted concert the Aladdin Hotel in Las Vegas . In case you missed it, Ms. Rhonstat was in the middle of her performance when she stopped to praise Michael Moore as a patriot, and exhorted the audience to see Farenheit 911. The audience began cursing and yelling, throwing drinks at the stage, demanding their money back and tearing the place up. The dazed and confused Ms Rhonstat had to be rushed from the building by security and driven off the property.

I hope she learned a lesson. In fact, I hope all entertainers drew a lesson from Ms. Rhonstat’s experience, but I doubt it. Frank Sinatra used to say that the only thing a performer owes the public is a good performance. (Barbara Streisand, this means you.)

But this annoying proclivity to mix political convictions with one’s job is not confined to the left. Johnny Ramone, for instance, of the famous Ramones ( how did they ever sound so good knowing only three chords?) used the occasion of his band’s induction into the Rock and Roll Hall of Fame in 2002 to deliver an ringing endorsement of President Bush, an endorsement which he repeated this year at the funeral of one of his band members.

Others on the right who misconstrue public acclaim as entertainers with their self-anointed role as proselytizers of political consciousness (or the lack of it) include intellectual luminaries such as Ted Nugent and Kid Rock. So the word to all of them is this: It’s the performance, not the polemics.

2004 was not the best of times for Rush Limbaugh, whose third marriage went down in flames- on top of getting busted for scoring thousands of oxy-contins from his housekeeper. It’s understandable that people can become drug addicts, and that people suffer bad marriages- that’s life, and it happens. But hypocrisy is less understandable in Rush’s case given his hard line stance toward drug users and their degenerating effects upon America.

Here’s an example: “Drug use, some might say, is destroying this country. And we have laws against selling drugs, pushing drugs, using drugs, importing drugs. And the laws are good because we know what happens to people in societies and neighborhoods which become consumed by them. And so if people are violating the law by doing drugs, they ought to be accused and they ought to be convicted and they ought to be sent up.” So when do you suppose Rush will be reporting to the authorities to do his time? Presumably about the same time OJ Simpson finds his wife’s killer after a search of the nation’s golf courses.

Recently, I was listening to Rush on my car radio railing about the inequity and injustice of social security. Now everybody knows social security needs fixing, but Rush sees the whole idea of social security as taking money from one person’s pocket and transferring it to somebody else’s. He doesn’t like it, and he draws a parable here. You wouldn’t go to your neighbor’s house and knock on the door and ask him for a check to finance your retirement, would you? Well then, Rush instructs, that’s what social security is. Redistribution of income. Socialism. Rush must have taken a degree at the Herbert Hoover Institute for Economic Policy.

Hey Rushbo-how about those tax shelters for rich folks like yourself? How many working stiffs have their own tax attorney and tax-free investment portfolios? And isn’t it also income redistribution when a guy making 400 bucks a week pays more from his paycheck in taxes because 71% of foreign corporations operating in the US and 61% of US corporations pay no taxes at all-(for more on this, see Christian Science Monitor April 14, 2004 “How to Earn $3.5 Trillion and Pay Zero Taxes”).

According to Leona Helmsley and even President Bush- rich people don’t pay taxes. So where is Rush’s ire? All the guns are silent aboard Rushbo’s ship of fools. The pompous, bombastic, self-inflated hypocrite steps softly on this path-lest he disturb the quiescence of his adoring flock of dittohead lemmings on their flight to the sea. Way to go dittoheads! Keep applauding him while he paves the way toward deconstructing your social security benefits. Then when you are old and tired, you can support yourselves selling apples on America’s street corners.