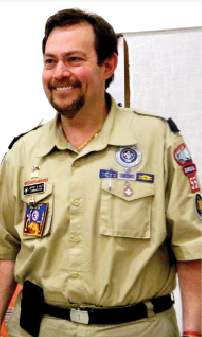 Memorial Day always reminds me of my favorite veteran, my Dad. While my Dad was long past his active duty days by the time that I came along, he often shared with me the lessons he gained as a result of his Army service. He spoke of honor, integrity, duty and love of country. He reminded me time and again, that there are things to be done simply because they are the right things to do.

I remember to this day, an experience of some thirty plus years ago. I was a small child when my family traveled to a service at the Chapel of the Four Chaplains in my hometown of Philadelphia. A group of men and women were being honored for acting in a manner reminiscent of the fabled Four Chaplains. Among the honored was my father.

While the speaker saluted my father and his heroic actions in rescuing an elderly woman from a burning building he also recounted a story which I had never heard before. This gentleman spoke about how my Dad had every tooth in his mouth broken out and had also lost the sight in one eye as a result of injuries sustained while serving in Korea. Later that day, as I asked my Dad about this, he simply said he was the lucky one because the other man in the jeep never made it home at all. We never spoke of it again.

I think of this story every time I visit my Dad who now rests with his comrades in arms at the South Florida National Veterans’ Cemetery. I only knew of his sacrifice because someone else told me about it.

Real heroes don’t tell you what they have done and they do not ask for thanks. That is why when I stand with my sons, each of us in our Scout uniform helping to honor the memory of the fallen as part of a ceremony at a local cemetery, I find my eyes filled with tears and my heart with pride when so many real heroes offer thanks to my sons for coming out to offer a salute to them. I am so very proud of my sons and I stand completely humbled just to be among some of America’s best. No, real heroes never do ask for thanks but I hope they can still hear all of us offering thanks loud and clear.