By ValleyPatriot on July 26, 2014Comments Off on Real Role Models Today ~ TEEN TALK WITH ANA DEBERNARDO 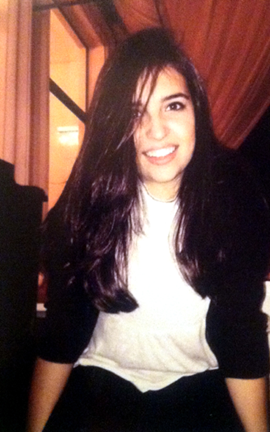 ​The phrase “skinny as a twig” seems to be one used too often when referring to the majority of celebrities that dominate today’s media. Some of the highest-profile women in modern society are peeling off the pounds right before our eyes, as their pictures are plastered on the cover of every magazine and billboard with captions like “Find out so-and-so’s secret diet so that you, too, can get a killer summer body!”

Protruding bones, visible ribs, and thigh gaps are seen as signs of beauty and people set goals to attain this so-called “model” description. The act of starving oneself is glorified, and an anorexic appearance is even considered admirable by some people. People brought up in “privileged” lifestyles, with an abundance of food at their fingertips, strive for skinniness, while others in third worldcountries are actually dying due to the scarce availability of food –and no possible means of acquiring it. The situation is eye-opening, to say the least.

​These women are not only under nonstop media surveillance, but are also in obvious distress. Many are even so dangerously thin as to require medical attention. Though they may have started out as normal girls simply looking to be fit, one fact remains: they are not worthy of being called role models for young women around the world.

​As someone who has seen up close the dangers of anorexia in some of my friends and schoolmates, it is even more depressing to me that the motto “If you’re thin, you’re in” is so revered among the fashionable crowd and the young people alike. If only it were as evident to others as it is to me. There is so much in this world to live for, and seeing a low number on a scale is not one of them.

​We live in an era in which women are finally being valued, empowered and respected. The eyes of history are finally being opened to give women equal opportunities to shape the future of the world. But how bright will that future be, if it is molded by these types of superficial “Barbies” that seem to rule the social food chain? A pretty messy one, I suppose, if shaped by theundernourished, unsteady hands of hungry, distressed women who count their calories and not their blessings.

​Especially since they know that the eyes of millions are upon them, how can those who are revered by so many women everywhere continue to perpetuate the deception that a woman’s worth is based on a number on a scale and a dress size? It seems so illogical when thoughtfully considered, yet this continuous struggle is our sad reality. Although it seems that genuinely good role models are hard to find these days, the truth is that there are people all around us who are worthy of our admiration, and we don’t have to look to famous celebrities to find them. What is so wrong with glorifying women who actually embrace their true selves, and who prove that girl power can conquer all? And so, if we can learn to look past the prejudices of appearances and just eat a darn brownie once in a while, the future might just start to look a little brighter.