By Tom Duggan on August 6, 2015Comments Off on Rep. DiZoglio to File Bill Exempting Active Duty Military from Excise Tax 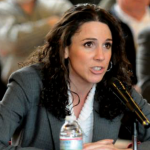 State Representative Diana DiZoglio (D-Methuen) says she believes those who put their lives on the line for our country in the United States military should not have to pay excise taxes.

DiZoglio said on Thursday that under her proposed legislation active duty members of the military would be exempted from motor vehicle excise taxes while serving.

“If I had my way veterans and active duty military wouldn’t have to pay any taxes, but this bill is a good start. We need to be making it easier for people to volunteer to serve our country and they shouldn’t have to worry about all these bills piling up back home while they are overseas fighting for us.”

Currently in Massachusetts, disabled veterans and former prisoners of war have the opportunity to apply for a motor vehicle excise tax exemption but that does not apply to all active duty members during their service.

DiZoglio’s says her legislation comes on the heels of Methuen City Councilor Thomas Ciulla’s introduction of a measure exempting active duty members from the excise taxes in Methuen. Ciulla’s proposal passed unanimously and DiZoglio says she thinks it’s a good idea to do statewide. 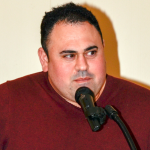 Councilor Ciulla said he was inspired to address the issue by a constituent, Diane Amato, who reached out to him about the challenges she and her daughter Alfina, (who is serving in Afghanistan), face with excise taxes. Even though Alfina is abroad serving the country and unable to use a vehicle stateside, she is charged with a motor vehicle excise tax..

This is not the first bill DiZoglio filed this year in regard to the motor vehicle excise tax. Another sponsored bill, House Bill 2484, “An Act relative to Motor Vehicle Excises Taxes”, is designed to simplify the excise tax process and prevent multiple excise charges from piling up.

“In recent years, through the passage of such legislation as ‘The Valor Act’, we have made great strides in the legislature in improving services to our courageous veterans,” said DiZoglio.

“We have for years provided disabled veterans and former prisoners of war with the ability to be exempted from motor vehicle excise taxes and I feel strongly that this opportunity should be expanded to all active duty military members during their service. I want to thank Councilor Ciulla for his tireless work in bringing this issue to the forefront.”

“We need to make the excise tax process easier for our veterans, who all too often are penalized while giving the ultimate sacrifice serving our nation,” said Ciulla. “It’s about time we protect our citizens who serve to protect us.”