By Tom Duggan on January 24, 2016Comments Off on Rep. Lyons Reviews Legislative Accomplishments at Mid Session 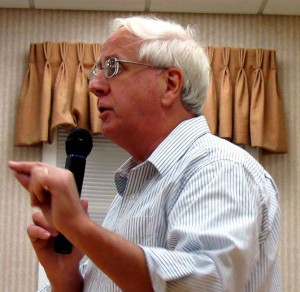 Reflecting on the first half of the 2015-2016 legislative sessions, State Representative Jim Lyons (R-Andover) noted that it was a productive year marked by many legislative accomplishments, although vital challenges remain to be addressed.

“From the beginning,” Lyons said, “we in the House Republican Caucus consistently place a priority on protecting our precious tax dollars and standing with our hard-working taxpayers. At the same time, we advocate for increased Local Aid and greater local control for each community. This promotes property tax relief, along with a strong state-municipal partnership.

“We emphasize these long-term goals,” Representative Lyons noted, “at our monthly caucus meetings with Governor Charlie Baker and Lieutenant Governor Karyn Polito. I believe that the most recent state budget promotes those values. And those values will continue to guide me in every vote I take as a legislator representing the voters of the 18th Essex District.”

Lyons observed that he voted to approve the 2016 state budget, his first such vote since his election to office in November of 2010. “From the start, I pledged to represent taxpaying families. That’s why I opposed the out-of-control spending, tax hikes, and Local Aid cuts by the Beacon Hill Democrats and the Deval Patrick Administration. I am convinced that Governor Baker is committed to addressing these issues in a way that protects taxpayers and local communities. The Baker Administration was forced to address the $1 Billion gap he inherited from Governor Patrick, while simultaneously protecting Local Aid. My vote in favor of the budget recognizes this important accomplishment. It is an outstanding beginning. But, as I said, we still have much to do in the future.”

Rep. Lyons also pointed out that the 2016 state budget is the first since he was elected to office that does not draw down the reserves in the essential state Stabilization Fund. “Rather than ‘raid’ the fund to pay for current over-spending as has been done in the recent past,” Lyons said, “we managed to add $120 million through the supplemental budget. The fund now stands at $1.25 billion, a protection for taxpayers in the future. We also pre-paid $113 million of the state’s debt earlier than scheduled, avoiding extra interest charges that our taxpayers would have been saddled with. As I said, after the waste, poor oversight, and over-spending of the previous administration, we have turned a corner. We have made a good start.”

Rep. Lyons identified other areas in which the Administration has made progress. Lyons is backing Governor Baker’s proposed opioid bill (House Bill 3817) to give more tools to frontline workers who are dealing with this epidemic. The Governor’s bill – which calls for a multi-pronged approach that focuses on education, prevention, intervention, treatment and recovery – was heard by the Joint Committee on Mental Health and Substance Abuse on November 16 and has drawn the unanimous support of the House Republican Caucus. Lyons testified in favor of the bill at that hearing.

With an average of four people dying from an opioid overdose in Massachusetts every day, Representative Lyons has also been working closely with his colleagues to address the terrible scourge of substance abuse that is tearing apart families and communities across the state.

In the FY2016 budget, Lyons was the sponsor of an amendment (#819) to adequately fund adult residential addiction treatment centers at the level needed to address the crisis. “We made our case to our colleagues and the administration, and nearly $30 million was eventually provided for the prevention and treatment, including new treatment beds,” commented Lyons.

• Fentanyl trafficking – The Legislature enacted a fentanyl trafficking bill on November 18 that imposes a prison sentence of up to 20 years for manufacturing, distributing or dispensing more than 10 grams of fentanyl or any of its derivatives. Previously, individuals could only be charged for the lesser crime of fentanyl possession, but Representative Tim Whelan (R-Brewster), a former State Police sergeant, helped raise awareness of the dangers of this synthetic painkiller, which is 50-100 times more potent than morphine and has been linked to multiple fatal overdose deaths in Massachusetts and across the country.

• DCF reform – The Legislature has taken steps to support the Baker-Polito Administration’s efforts to implement reforms at the Department of Children and Families to ensure the protection of children entrusted to the state’s care. The Fiscal Year 2016 budget included a $35.5 million funding increase for DCF for the hiring of new social workers to help reduce the agency’s caseload. The fall supplemental budget included an additional $2.2 million to address immediate staffing and training needs at DCF, along with a $1 million reserve to provide training and supports for foster families and adoptive families.

Looking ahead to 2016, Representative Lyons noted that he would maintain his vigilance on behalf of families, taxpayers, and the communities of Andover, Tewksbury, Boxford, and North Andover. “We have turned an important corner,” he reiterated. “It’s my job to continue serving the needs and interests of our families. I have every hope that future bills and budgets will keep us moving forward. That’s what I will be working for.”