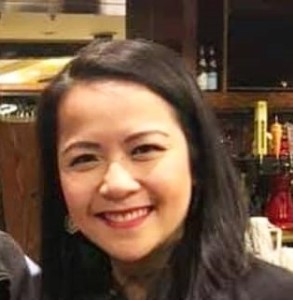 Rep. Nguyen filed nine bills in support of working families, especially those affected by the COVID-19 pandemic. These bills would strengthen workers’ rights to medical leave due to COVID-19; provide emergency tax relief to unemployed workers; and improve unemployment benefits for low-wage workers. Another bill would strengthen anti-retaliation laws by clarifying a protected range of activities where workers can assert their rights (or those of their co-workers) under the workers’ compensation law, and identifying prohibited types of employer misconduct, retaliation, and other efforts to deprive workers of their workers’ compensation rights.

Several bills seek better consumer protections. The Debt Collection Fairness Act would help working families by protecting more wages from garnishment, reducing interest rates on debts, and ensuring that no one is imprisoned for consumer debt. Another consumer protection bill would help seniors and families who are behind in their property tax payment to better understand their rights and offer them concrete steps to redeem their property.

Six of Rep. Nguyen’s bills focus on victims and survivors of crimes, including domestic violence, trafficking, and hate crimes. One bill would add coercive control and technological abuse to the list of domestic abuses covered by protection orders. Another would increase victim and witness participation in the criminal legal system and promote public safety and assistance to law enforcement by creating a consistent victim certification process for vulnerable immigrant victims of crime and trafficking. Several bills would strengthen protections against harassment and help abuse survivors remain safe and rebuild their lives.

Additionally, Rep. Nguyen has been working with Attorney General Healey on the Hate Crimes Reform bill, which would address bias-related incidents and hate crimes that are currently on the rise in Massachusetts, and strengthens the ability of law enforcement and prosecutors to hold perpetrators accountable and better protect individuals who have been targeted based on their membership in a protected class.

“As I begin my second term, I carry with me all the important lessons learned during my first legislative cycle and am eager to get back to work,” Rep. Nguyen said. “The legislation that I have filed covers a number of topics deeply important to me and to my constituents. Thank you to my dedicated staff, supportive colleagues, and all of the advocates who helped shape our legislation. I look forward to working with various organizations, advocates, and individuals as these bills move through the legislative process.”

You can view the bills here: malegislature.gov/Legislators/Profile/TTN1 ◊