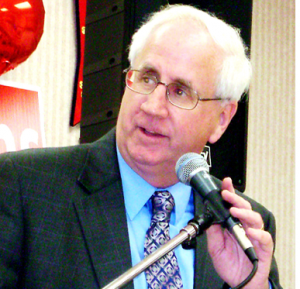 Boston – A consistent advocate of Constitutional Rights, the Second Amendment, and protections for law abiding citizens, Rep. Jim Lyons (R-Andover) has expressed grave concerns about an unprecedented regulation unilaterally implemented by Attorney General Maura Healey. On July 20th, Healey announced that her office would redefine how it interprets the current Massachusetts firearms laws, criminalizing overnight the possession of many common types of firearms owned by thousands of people across the Commonwealth.

On July 22nd, Rep. Lyons joined a bipartisan group of legislators who voiced their serious reservations with Attorney General Healey’s actions restricting legal access to firearms. “For the last 18 years,” the legislators emphasized, “the law has been implemented and enforced consistently, both by your office and your predecessors. Your new directive, which has been presented by your office as nothing more than a closing of ‘loopholes’ in the current law, appears in fact to be much more than that: the enforcement of a whole new law that unfairly infringes on the Second Amendment rights of law-abiding gun owners in Massachusetts.”

“Any changes to our laws must be the prerogative of the legislature,” commented Lyons. “Such changes demand open debate and transparent process by elected representatives of the people. To that end, I have joined several of my colleagues in sponsoring several pieces of legislation that would stop these attempts by the Attorney General’s office to make an end run around the legislature.”

The first piece of legislation, authored by Sen. Bruce Tarr (R-Gloucester) and co-sponsored by Rep. Lyons, is titled An Act to Protect Due Process and Strengthen Public Safety. The bill would specifically rule out attempts by the Attorney General’s office to usurp authority reserved to the governor and legislature in this matter.

“It is unfair for Attorney General Healey to criminalize the actions of law-abiding citizens, who have lived up to the rules and regulations of this Commonwealth,” said Lyons. “When individuals and families abide by the rules, they should not be trapped by an arbitrary bureaucratic reshuffling of longstanding regulations. This bill would prevent that from occurring now and in the future and I support it 100%.”

Another piece of legislation, authored by Rep. Marc Lombardo (R-Billerica) and co-sponsored by Rep. Lyons, is titled An Act to the Definition of Assault Weapon and would explicitly define the types of weapons that are banned in the state. “By making explicit which firearms aren’t allowed, we seek to remove any ambiguities.