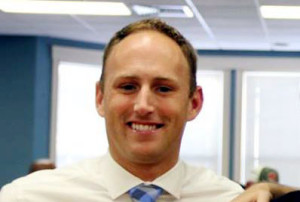 During the republican debate for Essex County Sheriff in Methuen last month, each of the candidates were asked if they would support their party’s nominee if they don’t win the THURSDAY, Sept. 8th primary.

All of the candidates said they would, except recently registered republican Jim Jajuga.

He used up a lot of time answering the question instead of just saying “no” but in the end he would not commit to supporting the republican nominee if he was not victorious on primary election day.

Republicans in Essex County should take note of that.

While people like Anne Manning Martin have spent a couple of decades supporting other republican candidates across the state, Jajuga can’t even pledge to support the nominee of his new party.

He did add, however, that if the nominee was Jeff Gallo he would support him.

So, what you have here is a republican candidate asking republican voters to let him represent their party, but leaving open the option to support a Democrat in the final election if he is not the anointed candidate in the fall.

Hey, at least it’s better than him lying and saying he will support the nominee of the party and then just not doing it, like republican liars: John Kasich, Jeb Bush, Ted Cruz, and Carly Fiorina.