By Tom Duggan on June 13, 2016Comments Off on Respecting the Stars and Stripes: American Flag Etiquette 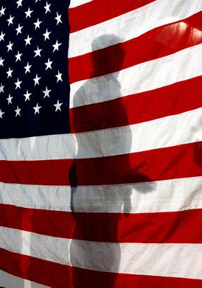 Flag-flying summers are packed with outdoor activities, barbecues and patriotic celebrations. While the American flag is often an important part of these celebrations, many of us have questions about how to properly care for and display it.

“Flag etiquette can be confusing,” said Mary “Dubbie” Buckler, Executive Director and National Secretary of the American Legion Auxiliary. “Many Americans want to show patriotism, but do not know the standards of respect and traditions associated with flag flying.”

The American Legion has played an important role in establishing the standards of flag etiquette since before the passing of the first national codes in 1923 and has worked diligently to uphold these historical standards. Today, much of flag etiquette can be found in the Flag Code, official national rules regarding the American flag.

“The American flag is meant to be enjoyed and celebrated,” Buckler explained. “The American Legion Auxiliary is passionate about educating the public so they can do so with proper respect for the freedom and sacrifices it represents.”

Buckler shares the following guidelines for using, displaying and caring for the American flag.

Hoisting and Lowering of the Flag:

Manner of Displaying the Flag:

Standing tall as an emblem of justice, perseverance, valor and honor, the American flag is an intricate part of what makes citizens proud to be American. As summer rays shine again and the flag takes its spotlight, it is important to educate yourself and others to show respect for the deep history and sacrifices this national symbol represents.

Americanism is just one of the programs that our Members take pride in supporting. If you would like to join us please contact your local American Legion Auxiliary or The American Legion Auxiliary Department of Massachusetts regarding eligibility requirements to become a member and contact information regarding a Unit close to you at Telephone: (617) 727-2958   FAX: (617) 727-0741 or E-mail: masslegion-aux@verizon.net