By Tom Duggan on August 1, 2018Comments Off on Robert Crowley and “Saving Japan from the Red Menace” ~ VALLEY PATRIOT OF THE MONTH, HERO IN OUR MIDST 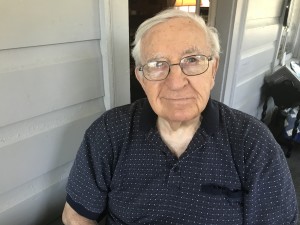 Lawrence’s Robert Crowley, a graduate of Central Catholic’s Class of 1944, had a unique role during and after World War II. Upon joining the U.S. Army, he was trained in Military Intelligence, with additional training in the Japanese language at Fort Holabird, outside of Baltimore, Maryland. 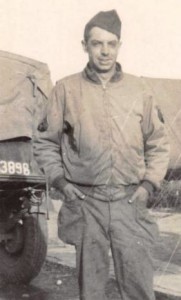 Over muffins, at Bob’s home with his wife Irene joining us, he broke out photo albums filled with pictures of Japan in 1945 and 1946. Seeing a picture of a young Japanese man, recently separated from the Japanese Army and waving a Communist flag in a public park, illustrates what could have been. Several Hollywood movies have been made about the Communists in Post War Europe, Matt Damon’s “The Good Shepard” comes to mind. But until my meeting with Robert Crowley and his wife, I never knew of the Communist threat in Post War Japan.

Robert Crowley an Irish-American, was the only Caucasian, on his team. The other three men were Japanese-Americans, called Nisei, all speaking the Japanese language from childhood. They did not live in a barracks or on a military base in Japan, but in a house, formerly occupied by Catholic Missionaries. When he first got to Japan, Bob wore a regular U.S. Army Uniform, but without rank or insignia, often wearing just a patch that identified him as U.S. Army Counter Intelligence. Later in his tour, he had his mother U.S. Mail him civilian clothes, and that was what he then wore each day. 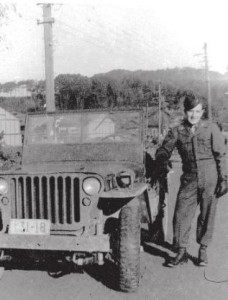 Bob compared his job, to building or solving a puzzle, gathering information daily about the Japanese Communists. This intelligence was later analyzed by U.S. Army brass, and the U.S. State Department. When I asked him about war damage to Japan, he talked about the wreckage of a B29 he saw in Osaka, Japan. He also noted that there was not much war damage where he lived. He spoke of Kyoto, Japan, and the “Sacred Deer” of Nara Park. After the war, the deer lost their status as “Sacred Deer”, and became known as national treasures in Post War Japan. I also asked him about the condition of the Japanese people following the war. He said there was plenty of food for everyone. Bob told me the local population avoided him and his team, a behavior much like the troops of the U.S. Military.

Robert Crowley was very typical of his generation. He graduated from high school, served in World War II, and quietly came home. After the war, thousands of GIs went off to college on the GI Bill. Bob attended Suffolk University, where he studied Journalism for two years. Married his wife Irene, had six children, and today has eleven grandchildren and four great grandchildren. Bob and Irene have been married for sixty eight years. The “Greatest Generation” is noted for their civic involvement; Bob was active in the Lawrence community. Bob volunteered with the Central Catholic Alumni group in the 1950s and 1960s. He arranged for then, Senator John F Kennedy, to speak at a Central Catholic Alumni Breakfast. During our meeting, Bob showed me numerous letters exchanged between him and the Senator, and later President Kennedy. After President Kennedy’s death, he exchanged letters with Jackie Kennedy.

He raised and supported his family by working as a Claims Investor for Kemper Insurance. Bob remained in the U.S. Army Reserves, reaching the rank of Master Sargent before his unit was relocated from Boston to Springfield, Massachusetts, causing him to leave the Reserves due to the travel distance. He and his wife still live in the home they raised their family in, located in the Clover Hill neighborhood of Lawrence. Irene has lived in the home for ninety years. They traveled through much of Europe together, visiting France, Germany, Austria, Greece, Italy, Spain, and three trips to Ireland. He regrets never returning to Japan, especially to Nara Park. 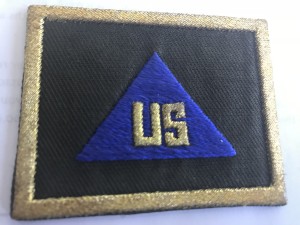 Former Boston Mayor John Collins served in the U.S. Army CIC as well, rising in rank from Private to Captain, but, unlike Bob Crowley, he served with the CIC in the European Theater, both men were fighting the first battles against Communism in the Cold War. Talking to one of these American heroes in person over muffins, Robert Crowley and reading about the other, John Collins, in Murray Levin’s book “The Alienated Voter”, drives home how great the Greatest Generation was. How truly stacked with talent the 16.5 million American Youth who served in World War II were. Imagine our Nation’s economy and our world with a Communist Post War Japan? Robert Crowley’s efforts, just months after graduating from high school prevented that from happening.

John Cuddy served in the U.S. Navy’s Construction Battalions (also known as the Seabees) after retiring from the Navy, he earned a BA in History and an MA in Economics from the University of Massachusetts on the Lowell Campus. He has been employed in Logistics at FedEx for the last 21 years. If you know a World War II Veteran who would like their story told, please email him at John.Cuddy@Yahoo.com.

Michelle Gallant is a student at the University of Central Florida, home of the undefeated Knights Football team, the 2018 Peach Bowl Champs, beating #7 Auburn University. She is the co-author of this month’s article.

Robert Crowley and “Saving Japan from the Red Menace” ~ VALLEY PATRIOT OF THE MONTH, HERO IN OUR MIDST added by Tom Duggan on August 1, 2018
View all posts by Tom Duggan →