By Tom Duggan on April 22, 2015Comments Off on Rutland DPW Superintendent Gary Kellaher Hired His Son – Fined $2,500 for Conflict of Interest Law Violations 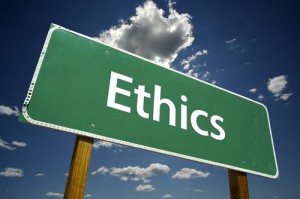 The State Ethics Commission approved a Disposition Agreement (“Agreement”) in which Rutland Department of Public Works (“DPW”) Superintendent Gary Kellaher admitted to violating G.L. c. 268A, the conflict of interest law, by hiring his son into a seasonal DPW position without posting the position.  Pursuant to the Agreement, Kellaher paid a $2,500 civil penalty.

According to the Agreement, in 2011, Kellaher asked the Board of Selectmen (“BOS”) chairman to allow him to hire his son, a DPW on-call snow plow operator, to fill a vacant full-time seasonal position with the DPW.  The BOS is the appointing authority for DPW positions.  Although the BOS chairman directed Kellaher to post the position in accordance with the town’s standard hiring procedure, Kellaher did not do so.  As a result, Kellaher’s son was the sole applicant and did not have to compete against other applicants for the job.

The BOS chairman, assuming that Kellaher had posted the position as directed, allowed Kellaher to hire his son without first bringing the matter to the full BOS for its consideration and approval.  Kellaher’s son held the seasonal position from December 2011 until July 2013, when the BOS appointed him to a full-time DPW laborer position.  Although Kellaher posted the laborer position, his son had an advantage over other potential applicants because he already held the seasonal full-time position with the DPW.

As noted in the Agreement, the facts in this case are very similar to the facts in In Re Christianson, 2007 SEC 2117, in which Kellaher’s predecessor paid a $5,000 civil penalty for actions he took in violation of the conflict of interest law, including hiring his son into a full-time DPW position without first posting the position.

Section 23(b)(2)(ii) of the conflict of interest law prohibits a municipal employee from knowingly, or with reason to know, using or attempting to use his official position to secure for himself or others unwarranted privileges which are of substantial value and which are not properly available to similarly situated individuals.  The Agreement states that Kellaher violated section 23(b)(2)(ii) by using his position as DPW Superintendent to hire his son without first posting the position, thereby securing for his son an unwarranted privilege of substantial value.