By Tom Duggan on November 1, 2022Comments Off on Sal DeFranco, US Navy SEAL & Small Business Owner ~ Valley Patriot of the Month – HEROES IN OUR MIDST 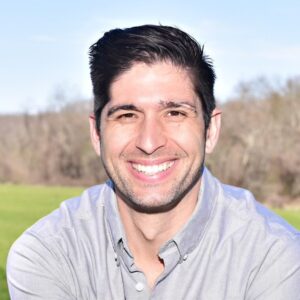 HAVERHILL – Natives of Massachusetts, Sal DeFranco and his wife Dana own Battle Grounds Coffee Company, an award-winning roasting and café operation located in Haverhill, Newburyport, and Methuen. Battle Grounds Coffee was built on a foundation of service. Whether that manifested in providing clothing for veterans, supplies for students, or a meeting place for local organizations, Sal and Dana built Battle Grounds to be a resource for their communities. If I learned one thing through our conversation, it was this. Sal DeFranco was born to serve. I met Sal this week and discussed his love for service, our nation, the SEAL teams, and his wife, Dana.

Sal credits the man he is today with his atypical upbringing. “Being raised by a single parent taught me the meaning of sacrifice. You hear that word a lot, but it is rare to see it manifest in its purest form, a mother giving up so much so that her children might have a shot.”

Sal continued, “I don’t think we had a car until I was in middle school. I can remember my mother using a backpack to carry our dirty clothes to the laundry mat. She would use a bike to get back and forth. We would take the train into Boston, where she was taking night classes at UMASS. I am incredibly grateful to have had these experiences. You can’t teach mental toughness; it is something forged from experience.”

Sal would draw on this mental toughness and credit his upbringing when he went through the most challenging military program on the planet, BUD/S, or Basic Underwater Demolition SEAL Training. “I can remember, vividly, being awake for nearly four days, soaking wet, covered in sand, standing with my boat crew as we held a 450-pound log over our heads, thinking to myself, I feel like I have been here before.”

Sal told me he had always wanted to be a Navy SEAL and that the events of 9/11 only strengthened his resolve. “The SEAL teams are the best special operations unit in the world. If I want to serve my country, doing it with the best unit is the way I can maximize my usefulness for my country.” Sal believes that the team’s success and mission come before all else. “What makes the SEAL teams so powerful is, obviously, the training and caliber of the warrior, but also the shared understanding that the success of the mission and life of your teammates come before all else, even your own personal safety.”

While serving as a US Navy SEAL, Sal was the platoon communicator and integral to the mission planning process. During his active service, Sal deployed to Ramadi, Iraq, with SEAL Team Three and would later serve as a maritime operations instructor, training fellow Navy SEALs. In 2008, while in the Navy, Sal was struck by a car in a hit-and-run accident in which he sustained a life-threatening traumatic brain injury. He spent three weeks in a coma and would lose his senses of smell and taste and sustain total hearing loss in his right ear. Always the fighter, Sal would not simply survive; he would thrive.

In 2016, Sal and his wife Dana created Battle Grounds Coffee Company, an award-winning roasting and café operation located in Haverhill, Newburyport, and Methuen. Battle Grounds Coffee was built on a foundation of service. Whether that manifested in providing clothing for veterans, school supplies for students, or a meeting place for local organizations, Sal and Dana built Battle Grounds as a resource for their communities.

And Sal isn’t stopping there. With a resume like his, most people would be satisfied. But not this Navy SEAL. In April of this year, Sal DeFranco pulled papers to run for state senate in the Second Essex and Middlesex district of Massachusetts. The district includes part of Haverhill, Amesbury, Merrimac, part of North Andover, Andover, Tewksbury, and Wilmington.

When I asked why, Sal responded passionately, “there is a line in the SEAL creed. “In times of war or uncertainty, there is a special breed of warrior ready to answer our nation’s call, a common man with uncommon desire to succeed…. I am that man.” “We might not be at war, but I can assure you, these times are most definitely uncertain. And the uncertainty with our economy, our safety, and our children’s education has people concerned.”

“Running a business in Massachusetts is no easy task,” DeFranco remarked. “I’ve watched the legislature raise our taxes, impose more regulations, and make it harder for small businesses like mine to compete. So, I decided it was time to make a change.”

DeFranco has spent much of the last seven months on the campaign trail, knocking on doors, listening to voters, and introducing himself to the people in his district.

“Families and businesses are hurting. Inflation is at an all-time high. Taxes keep going up. Massachusetts is becoming a place working people cannot afford, and I want to change that. We need a senator who will be willing to stand up for families, support our police, and make our communities safer and more prosperous places to live,” DeFranco continued.

“I have the experience, the know-how, and the grit to get things done. That’s why I’m running for the State Senate.”

From his childhood in a single-parent home to the SEAL teams to running a business, Sal DeFranco is a “Hero in our midst.” We thank Sal for his time and wish him the best in his campaign for the State Senate.

……
The Dracut American Legion asks all World War II, Korean War, and Vietnam War Veterans to call (603) 518-5368 and sign up for an Honor Flight to the Memorials in Washington, DC! Veterans of all eras are asked to go to the American Legion’s Web site www.legion.org and join the American Legion; our mission is to work with Congress, Veterans, and the Community, preserving our Veteran’s Benefits for future generations.

John Cuddy served in the US Navy’s Construction Battalions (also known as the Seabees) after retiring from the US Navy; he earned a bachelor’s in history, and a master’s in economics from the University of Massachusetts on the Lowell Campus. He has been employed in Logistics at FedEx for the last 25 years. If you know a World War II, Korean War, or Vietnam War Veteran who would like their story told, please email him at John.Cuddy@Yahoo.com ◊

Sal DeFranco, US Navy SEAL & Small Business Owner ~ Valley Patriot of the Month – HEROES IN OUR MIDST added by Tom Duggan on November 1, 2022
View all posts by Tom Duggan →