By ValleyPatriot on April 21, 2016Comments Off on School Committeeman Refuses Standardized Testing for her Child 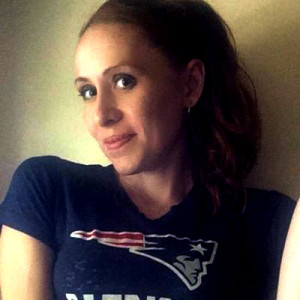 In a 2016 memo, Massachusetts Education Commissioner Mitchell Chester explains, “We ask principals and test proctors to handle refusals with sensitivity. Students should not be pressured to take the test, nor should they be punished for not taking the test.”

You read that correctly. You can refuse standardized testing for your child.

Locally, Lawrence School Committee Member and former Lawrence Public School District physical therapist, Dr. Marianela Rivera, decided to not have her Lawrence fourth grade student participate in MCAS testing this year. Dr. Rivera explains, “My son scored a perfect score in math and was also advanced in last year’s MCAS. Over the past year, my son has been expressing is frustrations over the amount of testing he has to undergo and has mentioned that school isn’t fun anymore.”

Dr. Rivera is not the only local official concerned about over-testing. Citizens for Public Schools, along with teachers, parents, and other community members, have launched a statewide campaign to roll back high-stakes testing in Massachusetts.

Local legislators such as Senator Barbara L’Italien, Senator Pat Jehlen of Somerville, Representative Marjorie Decker of Cambridge, and Representative Mary Keefe of Worcester, have all filed bills this past summer for a moratorium on high-stakes testing and to affirm the right of parents to opt their children out of these tests.

The Citizens for Public Schools website adds, “Both state teachers unions, FairTest, and the Black Educators Alliance of Massachusetts are part of our campaign, along with parent groups, school committee members, superintendents, and principals.”

In addition to these reasons, many parents are refusing standardized testing as a way to protest the excessive abuse of standardized tests and the growing concern that schools are becoming more and more test-focused rather than student-focused. In fact, the refusal movement has led to changes in local testing policies in other states including New York – where the exploding refusal movement is strongest.

These tests and test simulations divert money away from direct student instruction and toward corporate profiteers and opportunists. MCAS and PARCC tests as well as test simulations such as Iready, MAP and Anet tests (often done quarterly and school-wide for math and English) divert precious time away from direct instruction. Lessons become less about life, joy, curiosity, and individualized instruction and more about forcing each child to fit into a narrow mold.
Teaching to the tests creates an increase in behavior problems in some students. Students are being taught so far above their current abilities that they move beyond the “instructional level” and into what developmental psychologist, Lev Vygotsky, termed as the “frustration level.”
Certain test-focused districts increase this frustration level by publicly posting in halls and classrooms student standardized test scores from Anet, Iready, MAP, MCAS, or PARCC – which not only shames students, but also is a violation of the Family Educational Rights and Privacy Act.

While passing the state high school test is a requirement for a diploma, there is no such requirement for students who whose parents refuse standardized testing in grades 3-8. If some schools use scores for choosing students for advanced work, they can easily use alterative assessments such as Anet, Iready, or MAP testing.

To refuse standardized testing, simply send your child’s principal a brief letter like the one below:
“Dear —, I have asked my child, [name], not to take part in the [name the exam] this year. Please arrange for [him or her] to have a productive educational experience during the testing period.”
You may also remind or have your child remind the faculty on test days, “My parent told me not to take this test.”

mcas, PARCC, Standardized Testing for her Child, The Citizens for Public Schools