By ValleyPatriot on November 20, 2012Comments Off on Screening of Methuen Man’s Film “30 Minutes to Salvation.” 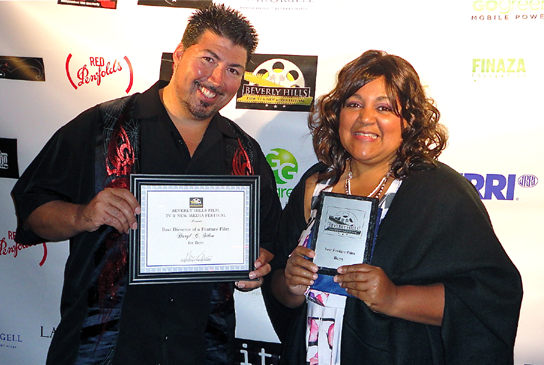 “The film is about breaking generational curses, a subject I’m all too familiar with,” said Mr. Silva, who experienced his share of heartbreak growing up. “I’ve been told by people that have seen this film that it’s changed their life and the way they look at it, the way they think before making life changing decisions now that will not only affect them though those they love.” We’re very grateful to Chunky’s for believing in both us and this film that they would open a screen to us during the holiday season,” Mr. Silva said.

Silva & his partner Lisa Willice share a short testimony before the movie and then a message after. “What happens after the movie is the most powerful part,” said Mr. Silva. “I love opening up and sharing my life with the world now, being honest and transparent has not only helped others though myself as well,” declared Mr. Silva.

Don’t miss this moving Drama and life changing evening. Tickets to the screening are $10. You can purchase them @ either The Howe St. Superette 163 Howe St. Methuen or Balducci’s Pizza & Wood fired Wings 419 South Broadway Salem, NH. Feel free to also find the producers and the film on Facebook at www.facebook.com/30MinutesToSalvation