Minicucci Explains Why She Voted NO

The rule change, proposed by Senator DiZoglio, was passed unanimously during a formal session of the Senate. In addition to banning NDAs, the rule change also bans similar clauses in an agreement or contract, and enforcing previously entered into NDAs.

“This rule change establishes an important precedent for this legislature,” said DiZoglio, who was sworn in as senator for the 1st Essex District this month after serving three terms in the House.
“The Senate has spoken today in favor of more openness and accountability in state government.”
During her speech on the Senate floor Thursday, DiZoglio said that nondislosure agreements have been used and abused by many powerful men during the #MeToo era and implored the Senate to maintain its record of transparency.

“Any use of nondisclosure agreements, which silence victims of assault, harassment or discrimination, while protecting powerful perpetrators who may be elected politicians or their staff, in this legislature is, simply put, shameful,” DiZoglio said.

Senator DiZoglio’s Rule change in the Senate made its way to the House of Representatives where the Speaker of the House was reportedly “furious” over the wording of the bill and lobbied hard to defeat it.

As a former member of the House, DiZoglio had previously disclosed that she had been the victim of sexual harassment in the House when she was an aide to State Rep. Paul Adams. DiZoglio said at the time that everything was swept under the rug. 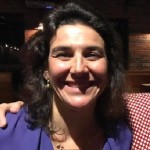 State Rep. Christina Minicucci (D) – who replaced DiZoglio in the House -voted against DiZoglio’s ban on Non-disclosure agreements in sex harassment and sex assault cases at the State House.
We asked Minicucci why she voted against the bill. This was her response:

Running for office for the first time this summer, the feedback from residents was that they were tired of business as usual. I got my first taste of that this week when I was told to vote certain ways with little-to-no notice of what I was being asked to vote on. That’s not acceptable. It’s why my first votes this week were for leadership term-limits and that committee testimony be posted online for the public. Most important, I voted for lawmakers to be given a guaranteed window of time before having to vote on a bill or amendment. Why? Because I’ve seen too many examples of politicians rushing to pass policy, only to have that policy produce unintended consequences.

This is why I struggled with this NDA language. I’ve spent years as a sexual assault hotline advocate and many years after that on the board of the YWCA fighting for survivors. It’s quite honestly been a lifetime. What Senator DiZoglio has done to give a voice to survivors is amazing. She is shining a light on a culture where abuse of power has been the norm. NDAs were a tool that could be used to protect perpetrators.

The language in the house rules package released and approved was new (based on her testimony last year) and allowed NDAs only when initiated by the survivor. Mr. Kearney’s amendment changed that new policy to simply eliminate their use all together. On the surface it sounded like a great idea, but I wanted to make sure the people on the ground working with survivors didn’t have a different take I wasn’t aware of. However, since I didn’t get the amendment language until two hours before we were supposed to vote, I was not given sufficient time to get answers to my questions. Most important – how might a survivor be able to work out an NDA on their own?

How would they pay? Who would represent her? I was worried that to put the onus on the survivor without a framework or structure of support, would create its own set of concerns. I used my limited window to seek out answers and as a response I learned multiple advocacy groups stated that the proposed rules included language that they agreed would sufficiently protect survivors – and no advocacy groups could confirm or deny whether or not the standalone amendment would help survivors. I tried my hardest to get an understanding, and in the meantime I heard from many female lawmakers, several who are survivors themselves of sexual violence, who expressed concern that this could hurt survivors by limiting their ability to initiate private resolutions.

I’ve spent my life as an advocate, and now that I’m in this position I’m going to make sure I have the greatest impact on improving lives of people. But since I had to vote right then, I couldn’t vote yes without knowing if it risked the rights of survivors.

Just because this vote is over doesn’t mean I accept this issue as being resolved. I made a promise to Senator DiZoglio – as my friend, colleague, and constituent – that I would ensure that the House creates an environment that stops harassment and coercion and supports survivors. In the Senate they have the benefit of more transparency. They have never used NDAs and Senator DiZoglio was able to have the time she needed to speak to colleagues, answer their questions and garner their support. Additionally, to add more support, her colleague put forward a tandem amendment including even more support and protections against harassment in the workplace.

Clearly there remains strong disagreement about who would be helped or hurt by the amendment I voted on this week. I’m proud of Senator DiZoglio’s bravery for taking this to the Senate. And it’s why I’ve spent the days since that vote to learn about the ideal language to best protect survivors. And it’s why I am already working with colleagues and advocacy organizations on how to incorporate the best language without leaving questions unanswered, or risking it being watered down through biennial Rules votes. This needs to be made law and not subject to these debates each and every year. Senator DiZoglio makes a compelling argument as she speaks from personal experience. Thanks to her there is a lot of momentum to make a culture change. It’s happening and this vote is not the end of this discussion. It’s only just the beginning.” ◊