By Tom Duggan on December 1, 2017Comments Off on Senator L’Italien Calls for Senate President to “Step Aside” Amid Sexual Allegations 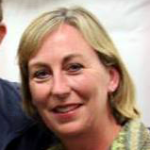 Andover State Senator Barabara L’Italien (D) has called for Senate President Stanley Rosenberg to step aside as senate president while an investigation is being conducted against him and his husband for sexual assault, sexual harassment and illegal influence peddling.

L’Italien said Friday that she plans on bringing the matter up in state senate Monday when the matter will be discussed.

Rosenberg told the Boston press he was prepared to name an independent investigator to determine if Hefner sexually assaulted, abused, and harassed  men with business before the senate,  and whether or not Hefner unduly influenced public policy or government action through Rosenberg to benefit or punish any man he was sexually assaulting or sexually involved with.

L’Italien also said that she respected Rosenberg, but that he needs to step aside for the sake of “transparency”.

“I have known and respected Stan Rosenberg for 15 years and it pains me that this level of transparency is required, but I believe that it is warranted.”

L’Italien also lauded the courage of the victims who came forward to tell “their truth”.

“A Senate Caucus has been scheduled for Monday at which time we will convene to consider the very courageous statements made by victims in the Boston Globe. Coming forward must not have been easy and took a lot of guts. These men did something brave in sharing their stories and I applaud them. Nobody should feel afraid to speak his or her truth.”

Senator L’Italien Calls for Senate President to “Step Aside” Amid Sexual Allegations added by Tom Duggan on December 1, 2017
View all posts by Tom Duggan →