By Tom Duggan on October 20, 2017Comments Off on Senator Warren Demands Criminal Investigation into Tragic Death of Veteran at Bedford VA Medical Center

In Letter to VA Secretary, Warren Expresses Outrage at Death of Vietnam Veteran, Cites Mounting Problems at Bedford Text of the letter (PDF) 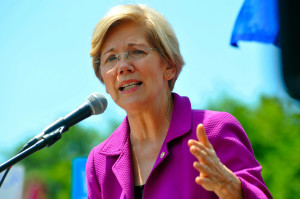 Washington, DC – United States Senator Elizabeth Warren (D-Mass.) today wrote to Department of Veterans Affairs (VA) Secretary David Shulkin to express “extreme concern and outrage” at the death of William R. Nutter, Jr., a patient at the Bedford, Massachusetts VA Medical Center, and to request that the VA Inspector General (IG) expedite its criminal investigation into the circumstances leading to his death.

Recent media reports from the Boston Globe and Lowell Sun indicate that his death resulted in part due to the neglect of a nurse who was playing video games while on duty – instead of monitoring Mr. Nutter, who reportedly suffered from an arrhythmia that ultimately led to cardiac arrest.

“Patients at the Bedford VA Medical Center are not serial numbers in a file – they are heroes who deserve the highest quality care,” wrote Senator Warren. “It is beyond outrageous that someone in the care of the VA died because an employee was apparently more interested in playing a video game than checking on him, and it strains belief that such a monumental mistake could occur without much broader breakdowns in professionalism and accountability.”

Senator Warren raised concerns about the growing number of problems reported at the Bedford VA in recent months, including allegations that employees engaged in inappropriate relationships with patients and sold narcotics on hospital grounds, retaliation against a whistleblower, and significant turnover in the facility’s leadership. She also highlighted additional claims that the Bedford office of the VA Inspector General may have fostered an environment in which “mistakes are swept under the rug.”

In light of these serious and systemic problems, Senator Warren requested that Secretary Shulkin assign a team from outside the Bedford area to investigate the causes of Mr. Nutter’s tragic death, as well as any other problems at the facility that may risk the health and safety of current patients.  She further asked to be briefed on the results of the VA Inspector General’s investigation, and called for the firing of any employee – including senior administrators – who may have contributed to the death of Mr. Nutter.

“While the majority of our VA employees are hard-working and dedicated to patient care, any failure of care is unacceptable,” wrote Senator Warren, “and VA employees must be held accountable when they cut corners in the delivery of care to our veterans.”