By John MacDonald on March 18, 2015Comments Off on Snowmageddon 2015 – The Great Work Stimulus Program? Never! 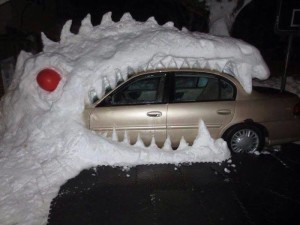 Snow is everywhere. Storm after storm is in the forecast with no end in sight. The Vermont National Guard has been brought in to help save Lowell from Snowmaggedon 2015. For several days we will have had uniformed soldiers shoveling and hauling snow out of our fair city and my first reaction was “money well spent”.

However, after having just filed both my personal and corporate taxes and paying more to the government than ever before, I wonder where all my money, the fruit of my labor is going? Seems like every elected Progressive Democrat in the country wants more of my hard earned dollars to pay for things in the government and pay for services. Yet the $500 million per year MBTA is broken down and has had little oversight. Yet we still see panhandlers in Lowell with their hands out. And we see streams of people pouring out of our local shelters every morning with little to do, while our municipal snow budgets are tacking on tens of thousands of dollars with each storm.

As I drove past yet another mega snow pile, I turned the corner and found a panhandler holding a creative sign asking for spare change. I would think with that kind of creativity, entrepreneurialism and intestinal fortitude of marketing one’s self while braving the bitter cold weather, that the path to the local hardware store would be easy to find? Finding where snow shovels are sold perhaps would inspire these same people to earn their money the old fashioned way. Other than snowplow drivers and the occasional ragtag group of ambitious teens, I haven’t seen anyone looking to earn a few dollars from the tremendous snowfalls we’ve had. Why shovel snow when there’s an easy handout I suppose?

Why wouldn’t it make sense to ask or expect that some of these agencies already paid by the state to put people to work, that they buy some snow shovels with our tax dollars and put people to work? I’m sure they could put a team of people together rather quickly, call city hall or a local business and ask if they need help removing snow. How come every able-bodied, minimum-security prisoner isn’t out in our local city streets shoveling sidewalks or metered parking spaces? Is it too much to ask for something in return for the taxes we pay?

Something is wrong as I pay more and more to the government each year, because I work harder and harder and yet I can’t expect those whom I support through my taxes to do something in return? In essence, my expectations are low that any of my aforementioned questions will result in anyone in government actually doing something about it. I don’t expect to see a line of shiny new snow shovels distributed at the local shelter, or panhandlers exchanging creative signs for clearing driveways. I don’t expect one of the many taxpayer-supported agencies will be chipping away at a frozen snow bank with the help of their clients. God forbid we see some political courage.

It’s sad that the act of paying all time high taxes results in nothing more than waste. We pay more than ever and get less. Our Nntional debt climbs, our infrastructure crumbles and we provide those in need with handouts, rather than a hand up. We’re inspiring those with less, to settle for less. Work gives people cause to do better for themselves, doesn’t it? Work can inspire people and give them the means for providing themselves a better life. The snow could be an opportunity for a fresh start. Is anyone in the government willing to try it?