Some are More Equal Than Others

By ValleyPatriot on October 23, 2015Comments Off on Some are More Equal Than Others 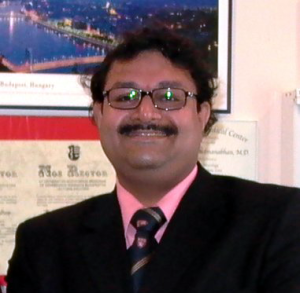 This past week came the news, sadly expected, that Dennis Hastert will be allowed to plead to a lesser charge and the Government will bend over backwards to avoid talking about the child abuse he was paying someone off to keep quiet about.

How much the Government bent over is extraordinary, even by Government standards, for letting the elite skate on charges ordinary people get nailed and jailed for.

The Government let Hastert’s defense attorney write the terms of the plea bargain. That is how much the Government bent over.

Here in Massachusetts at exactly the same time, US Attorney Carmen Ortiz quietly released news of a “settlement agreement” she signed with Mass General Hospital.

Ortiz’s press release states she signed that settlement with only MGH, mind you, and not with Partners Healthcare. Clear?

And what was the $2.3 Million settlement all about? MGH let its nurses steal 24,000 oxycodone pills over years and let other nurses steal liquid dilaudid every day for years with zero oversight and no systems in place.

The settlement also mentions, in passing, “An MGH physician, E.P., repeatedly prescribed controlled substances for patients without seeing them and without maintaining medical records, in 2012-2013.”

The settlement itself provides a clue to explain this studied silence – “MGH is the largest hospital in Massachusetts, the largest teaching hospital of Harvard Medical School, and a biomedical research facility.”

OK then. We should all keep quiet because if we make MGH and Partners look bad it could hurt jobs. You know, like going after big banks.

Which brings us to this other pearl in the settlement.

In exchange for MGH paying the Government off with $2.3 Million, the Government releases not only MGH, but also all of “Partners Healthcare System, Inc. (“Partners”), and their assigns, successors, principals, management, officers, directors, agents, and employees, from any civil or administrative claims the United States has, could have, or may assert in the future related to the Covered Conduct under the Act.”

Wait, all of Partners too? Without them even copping to anything? Sweet!

Remember, Ortiz’s press release does not mention Partners even once.

A tough Governor would have immediately demanded the full name of the doctors and nurses involved and demanded from the state Boards of Medicine and Nursing a public accounting of what action was taken to keep them away from the people of Massachusetts.

Then again, given that Governor Baker’s team from Lon Povich on down have proved that they do not have the spine to correct blatantly unlawful behavior by even salaried Board employees, nothing better may be expected.

Heads still have not rolled after I proved the Board of Medicine protected a bad doctor who lied on his license renewal application, so don’t hold your breath. After all, that doctor, Barry Levin, works for Partners Healthcare too.

Some are more equal than others.

Bharani Padmanabhan MD PhD is a neurologist who specialises in multiple sclerosis in the Boston area. scleroplex@gmail.com