By Tom Duggan on May 4, 2016Comments Off on State Auditor Bump Discovers State Retirement Board Paid $687K to Dead People

Board Has Taken Steps to Address Problem, Recoup Funds 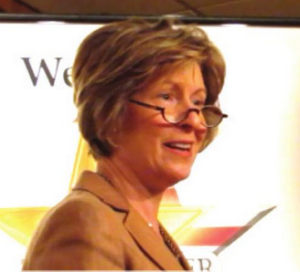 BOSTON, MA — Auditor Suzanne M. Bump today issued an audit of the Massachusetts State Retirement Board (MSRB), which found that the agency made more than $687,000 in payments to deceased pensioners, and underpaid more than $271,000 to pensioners whose designated beneficiaries had died. The error occurred because the MSRB’s contractor, LexisNexis, did not notify the board of new requirements to access the Social Security Administration’s (SSA) Death Master File (DMF). As a result of the audit, MSRB has corrected the problem, recovered approximately $608,785 of erroneous payments, and restored more than $271,000 in underpaid benefits.

“The MSRB ensures that public employees who have served the people of our state for years are able to provide for themselves and their families in retirement,” said Bump. “I’m pleased that the MSRB has taken swift action to recoup funds, correct underpayments, and ensure that this problem does not occur in the future. The quick action to recognize and resolve the problem is an important step in restoring the public’s trust in government.”

Under the changes to the DMF, MSRB was required to demonstrate a fraud prevention interest to access the information; however, LexisNexis did not notify MSRB that they were required to prove certification of their interests to ensure continued access to these records. As a result of this failure, MSRB received SSA death data that did not include deaths that occurred between March 26, 2014 and August 31, 2015, which resulted in payments to deceased individuals and underpayments to surviving pensioners. LexisNexis and MSRB have since taken action to ensure they have access to the most current information from SSA.

During the two-year audit period, MSRB made payments to 105 deceased pensioners. These pensioners had been deceased for a median of 103 days, and received an average over payment of $4,547.

Under state law, when a pensioner assigns a beneficiary to receive their pension payout in the result of their death, a portion of the pensions is set aside for that individual upon the member’s death. However, if the beneficiary dies first, the member thereafter receives the full payment. MSRB underpaid 44 pensioners in this situation where their beneficiaries had been deceased for a median of 321 days, with an average underpayment of $5,350. However, one beneficiary had been deceased for 3,269 days, for a total underpayment of $41,264.

The audit also found that the agency was not properly sampling Benefit Verification Forms (BVF) to ensure accuracy of information. One undetected inaccuracy may have involved fraudulent activity of more than $7,000, which is now being investigated by the Middlesex District Attorney’s Office. The audit also showed the agency did not have a complete and updated internal control plan.

This isn’t the first time Bump has found state agencies making payments to deceased individuals. In 2013, she released an audit of the Department of Transitional Assistance, which found that the agency had paid $2.39 million in benefits to individuals for months after they were reported to be deceased.

The MSRB administers the Massachusetts State Employee’s Retirement System, one of 104 public contributory retirement systems in the Commonwealth. In fiscal year 2014, MSRB paid more than $1.8 billion in benefit payments to more than 57,000 retirees and survivors.

This audit is attached. Audit Report – Massachusetts State Retirement Board (1)