By Tom Duggan on June 16, 2017Comments Off on State Police Kill Sex Assault Suspect Who Promised “Suicide By Cop” After High Speed Chase 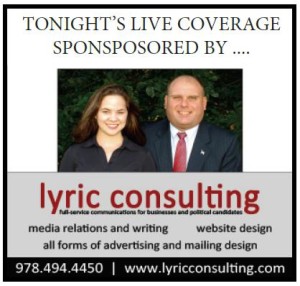 State Police shot and killed a man late Thursday night after a high speed chase that started in Malden, through North Andover on Rte 114W, and lead officers from multiple cities and towns down Route 495 North to Amesebury and Merrimac.

The suspect was wanted for sexual assault and reported to have a firearm in the truck. Police say the criminal had promised “suicide by cop” earlier in the night. A BOLO (be on the lookout) was issued for a stolen truck out of Maine. Police reports that his phone was pinged (located by triangulating off of local cell towers) in Hampton NH earlier in the evening.

The Valley Patriot followed the chase live on facebook (HERE)

As the chase intensified and snaked its way through Lawrence, Methuen, and Haverhill, dozens of police cars from every community along the 495 corridor joined the pursuit. On at least two occasions the criminal shot out the drivers side window at state police.

Minutes later he shot through the back window of his car and struck the windshield of the lead state police cruiser giving chase.

Police radioed ahead to a construction crew near the Amesbury exit on Route 495, who blocked the highway down to one lane forcing the criminal to get off the highway.

Minutes later, as the chase continued through Amesbury, to southern NH, state police radioed in that the suspect was “in custody”, but Valley Patriot sources said seconds later that a “code four” was called and medics were called to the scene to pronounce the man dead.

The State Police Airwing reported that they were video recording the chase as the chase neared the Lawrence North Andover line.

The criminal was later identified as Michael Brown.