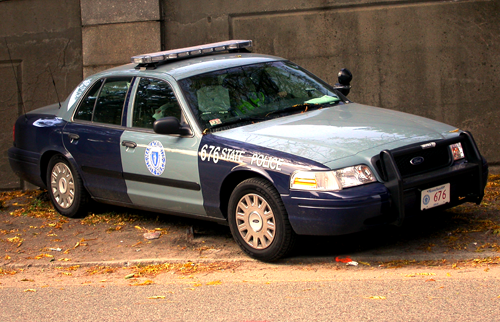 A Massachusetts State Trooper who committed Suicide yesterday was under investigation for criminal activity while on duty Saturday night.

He was relieved of duty pending the investigation and had turned in his badge and gun prior to his suicide at the Hilton Garden Inn in Devans,

The Massachusetts State Police released a statement today about a disgraceful member of the media who crossed the line… it states:

“It has come to my attention that, despite our not releasing the name of the deceased trooper in the below incident, a media outlet has learned his identity and has gone to his home. I would hope that media outlets would respect the privacy of his family in their time of grieving and, out of a sense of basic decency, refrain from trying to contact them.”

In a separate press release The Massachusetts State Police released this statement today:

“Yesterday, that trooper made statements to two people indicating he intended to harm himself. Those people contacted State Police, a search for the trooper was immediately initiated, and the trooper was found deceased in the Devens hotel room with self-inflicted wounds.”

The trooper was 40 years old and had been on the department since June 2005.

His identity, duty assignment, and other details of the incident are not being released at this time.

No further information is being released.

The prayers of everyone at the Valley Patriot are with the trooper’s family.