By Tom Duggan on March 30, 2014Comments Off on Street Narcotics Enforcement Unit Wins Exchange Club Police Officer of the Year 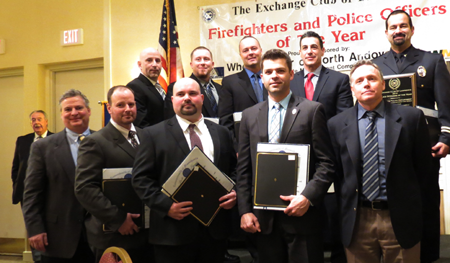 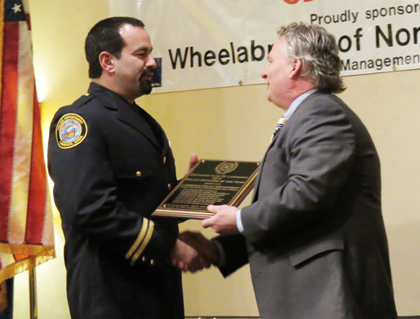 The Street Narcotics Unit (SNEU) is a small, highly proactive narcotics unit under the Special Operations Division of the Lawrence Police Department. The unit is dedicated to the eradication of street level drug dealing in the city.

The SNEU targets both the street dealers and the out of state buyers coming to the city to conduct drug transactions. These officers have developed a network of narcotics information through countless hours of investigation, working with citizens and elected officials. These officers use the information they get to identify “hot spots” of drug activity in the city and then attack that area to increase the quality of life for the neighbors who live there.

Through this hard work and dedication on a daily basis, the unit has been able to accumulate impressive statistics.

For the year 2013, among other statistics, the SNEU made 1,227 arrests, secured 23 illegal firearms and seized approximately $2.1 million (street value) in illegal narcotics.

For their relentless efforts in the war on drugs in the City of Lawrence, each member of the Street Narcotics Unit received The Lawrence Exchange Club’s Police Officer of the Year Award. They are, pictured above in no particular order, Captain Roy Vasque, Lt. Mark Ciccarelli, Detectives David Moynihan, Dean Murphy, Carmen Purpura, Shaun Mclellan, Ryan Guthrie, and Chad Lawlor.