By ValleyPatriot on June 28, 2017Comments Off on Strengthening Prescription Drug Safety ~ IN YOUR CORNER WITH SENATOR IVES 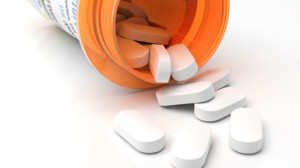 The Massachusetts State Senate debated the Fiscal Year 2018 state budget last month, where I advocated for key provisions that will be beneficial to the constituents of my district and the Commonwealth. One of the amendments in the Senate Fiscal Year 2018 budget, which I co-sponsored, included an amendment filed by Senator Keenan, removing a sunset clause that was added to the state-wide Drug Take-Back / Stewardship Program.

In 2016, the Legislature passed a comprehensive substance addiction prevention bill to curb the deadly results of the substance abuse epidemic by fostering more responsible prescribing practices, educating children and adults on the dangers of opioids, and tasking pharmaceutical companies to assist in the proper disposal of unwanted drugs. The Senate’s original intent was to have a permanent drug take-back program, but ultimately, a five-year, temporary pilot program was passed into law. This budget amendment removes the sunset clause that was added to the state-wide Drug Take-Back/Stewardship Program.

By removing the sunset provision, the Department of Public Health can establish a robust plan requiring pharmaceutical companies selling or distributing opioid drugs to establish a collection system and provide patients with convenient, ongoing collection services in order to dispose of unwanted drugs. Such services may include mail-back programs, collection kiosks, and regional drop-off days.

Pharmaceutical companies have not been receptive to this idea. A few California counties have adopted ordinances requiring the set up of disposal programs and companies have lobbied hard against these initiatives, arguing that it would be too costly to maintain. It was estimated to cost $330,000 a year in Alameda County, California to maintain such a program, while pharmaceutical companies collect $950 million a year in sales revenue there. Pharmaceutical trade groups went so far as to appeal these take back programs through the legal system, but the United States Supreme Court refused to hear their objections.

Studies show that of all opioid overdose deaths between the years 2011 and 2014, two-thirds had an opioid prescription. Stewardship programs hold this industry accountable for the safe disposal of their products. This method will also protect our water system. Flushing unused medications down the toilet compromises our drinking water quality and broader environment. Moreover, safe prescription drug disposal helps reduce the likelihood of medications falling into the wrong hands. Opioid manufacturers are best equipped to develop and administer these programs. And, it is also their responsibility to do so. These companies have profited handsomely, while a nation is reeling in the destruction, pain and death directly connected to their products. The least they should do is fund the take-back of their products. Pathetically, they are fighting this very reasonable and logical effort, thinking only of protecting their bottom lines.