Suffering from Headaches, What You Sould Know

By ValleyPatriot on June 8, 2011Comments Off on Suffering from Headaches, What You Sould Know 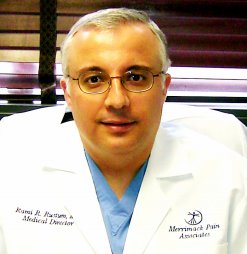 Headache is one of the reasons to visit a pain clinic which seems to be on the rise lately!!!

With all the stress around us on different fronts, it seems understandable problem.

Patients give different description to the problem but the common thing is experiencing “Pain in/ around the head or neck region”.

Such problem could be either a disorder in its own right or a symptom of an underlying medical condition or disease. The medical term for headache is cephalalgia. Headaches are one of the most common and universal human ailments, described in the Bible as well as in medical writings from ancient Egypt, Babylonia, Greece, Rome, India, and China. Severe chronic headaches were once treated by the oldest known surgical procedure, known as trepanning or trephining, in which the surgeon drilled a hole as large as 1–2 in diameter in the patient’s skull without benefit of anesthesia. Evidence of trepanning has been found in skulls from Cro-Magnon people that are about 40,000 years old.

Demographics-Headaches in general are very common in the adult population in North America. The American Council for Headache Education (ACHE) estimates that 95% of women and 90% of men in the United States and Canada have had at least one headache in the past 12 months. Most of these are tension headaches. Tension headaches may begin in childhood in some patients, but most commonly start in adolescence or the early 20s. The gender ratio for episodic tension headaches is about 1.4 Female: 1 Male; for chronic tension headaches, 1.9 F: 1 M.

Migraine and cluster headaches have distinctive demographic patterns. Migraine headaches are less common than tension headaches, affecting about 11% of the population in the United States and 15% in Canada. Several studies done in the United Kingdom and the United States, however, indicate that doctors tend to underdiagnose migraine headache; thus the true number of patients with migraine may be considerably higher than the usual statistics indicate. Migraines are a major economic burden; it is estimated that the annual cost of time lost from work due to migraines in the United States alone is $17.2 billion. Most people who experience migraines have their first episode in childhood or adolescence, although some experience their first migraine after age 20. Migraines occur most frequently in adults between the ages of 25 and 55; the gender ratio is about 3 F: 1 M. Although migraine headaches occur in people of all races and ethnic groups, they are thought to affect Caucasians more often than African or Asian Americans.

* MIGRAINE HEADACHES Migraine headaches are characterized by throbbing or pulsating pain of moderate or severe intensity lasting from four hours to as long as three days. The pain is typically felt on one side of the head; in fact, the English word “migraine” is a combination of two Greek words that mean “half” and “head.” Migraine headaches become worse with physical activity and are often accompanied by nausea and vomiting. In addition, patients with migraine headaches are hypersensitive to lights, sounds, and odors.

The two most common types of migraines are known as classic and common migraine, respectively. Classic migraine, which accounts for 10–20% of the cases of migraine, is distinguished by a brief period of warning symptoms 10–60 minutes before an acute attack. This prodrome, which is known as an aura, may include such symptoms as seeing flashing lights or zigzag patterns, temporary loss of vision, difficulty speaking, weakness in an arm or leg, and tingling sensations in the face or hands. Common migraine is not preceded by an aura, although some patients experience mood changes, unusual tiredness, or fluid retention shortly before an attack. An attack of common migraine may include diarrhea and frequent urination, as well as nausea and vomiting.

* CLUSTER HEADACHES Cluster headaches are recurrent brief attacks of sudden and severe pain on one side of the head, usually most intense in the area around the eye. Cluster headaches may last between five minutes and three hours; they may occur once every other day or as often as eight times per day.

Tension headaches rarely last more than a few hours; 82% resolve in less than a day.

The patient will usually describe the pain of a tension headache as mild to moderate in severity. The doctor will not find anything abnormal in the course of a general physical or neurological examination, although sore or tense areas (trigger points) in the muscles of the patient’s forehead, neck, or upper shoulder area may be detected.

* REBOUND HEADACHES Rebound headaches, which are also known as analgesic-abuse headaches, are a subtype of primary headache caused by overuse of headache drugs. They may be associated with medications taken for tension and migraine headaches.

Major causes of secondary headaches include the following:

* Brain tumors. Headaches associated with brain tumors usually begin as episodic nighttime headaches that are accompanied by projectile vomiting. The headaches may become continuous over time, and usually get worse if the patient coughs, sneezes, bears down while using the toilet, or does something else that increases the pressure inside the head.

* Meningitis. Meningitis is an inflammation of the meninges, the three layers of membranes that cover the brain and spinal cord. Meningitis is usually caused by bacteria or viruses, and may produce chronic headaches.

* Head trauma. Patients may complain of headaches as well as memory problems, general irritability, and fatigue for months or even years after a head injury. These symptoms are sometimes grouped together as post-concussion syndrome. In some cases, a blow on the head may cause some blood vessels to rupture and produce a hematoma, or mass of blood that displaces brain tissue, and can cause seizures or weakness as well as headaches.

* Stroke. Headaches may be associated with several conditions that may lead to stroke, including high blood pressure and heart disease. Headaches may also result from completed stroke or from the mini-strokes known as transient ischemic attacks, or TIAs.

* Lumbar puncture. About 25% of patients who undergo a lumbar puncture (spinal tap) develop a headache from the lowered cerebrospinal fluid pressure around the brain and spinal cord. Lumbar puncture headaches usually go away on their own after a few hours.

* Referred pain. This type of pain is felt in a part of the body at a distance from the injured or diseased area. Headache pain may be referred from diseased teeth; disks in the cervical spine that have been damaged by spondylosis (degeneration of the spinal vertebrae caused by osteoarthritis); or the temporomandibular joint, the small joint in front of the ear where the lower jaw is attached to the skull.

* Idiopathic intracranial hypertension. Also known as pseudotumor cerebri, this disorder is caused by increased pressure inside the skull in the absence of any abnormality of the central nervous system or blockage in the flow of the cerebrospinal fluid. In addition to headache, patients with this disorder experience diplopia (seeing double) and other visual symptoms.

Dr. Rami R. Rustum, M.D. is the Director of Merrimack Pain Associates at 50 Prospect St. in Lawrence. You can contact him at: ramirustum@comcast.net. Tell him you read his column… he likes that!