By ValleyPatriot on July 1, 2014Comments Off on Summer is No Longer a TV Wasteland – TV Talk with Bill Cushing 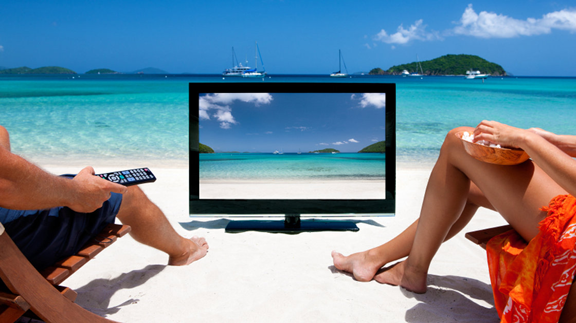 Not too long ago, the summer season was a vast wasteland for TV lovers. As recently as the 90’s you would be hard pressed to find any new programming at all between June and September. Sure, you had a few new shows that premiered over the years during the summer. Seinfeld is one of the more celebrated shows to premiere over the summer. It premiered on July 5, 1989 as “The Seinfeld Chronicles.” It was far from a hit. NBC had no plans on picking the show up and even shopped it to FOX, who declined. NBC found money in the budget to film four more episodes and the rest was television history.

As Cable TV became more widely available, the idea of summer reruns steadily faded. Cable networks realized that summer was a good time to put on their original shows. The broadcast networks saw their audiences go to cable in the summer and, in many cases, never come back.

Luckily, things began to change when the calendar flipped to the year 2000. That summer, a little show called “Survivor” premiered on May 31 and quickly became a ratings and cultural phenomenon. Its premise was simple. Strand a group of strangers on an island forcing them to live together, each week casting off a member of their “tribe.” The castaways would compete in challenges for rewards and immunity from being voted off the island. The last person standing would be awarded $1 million dollars. No actors, no scripts. The shows finale, on August 23, 2000, drew 51.7 million viewers. Nielsen determined that 125 million Americans watched at least part of the finale. It would become the 2nd highest rated television program of the decade, second only to the series finale of “Friends.” The TV industry took notice. Summer could be the place for new programming, and no longer a place for reruns.

In the years following Survivor’s massive ratings, other programs continued to have success in the summer months. The genre of Reality Competition programming has benefited the most. Shows such as “American Idol,” “Dancing With The Stars,” and “Big Brother” were all summer shows that were ratings juggernauts for their respective networks.

There was a time when if a pilot failed to get a slot on the fall schedule that was the end of its chances. Now there’s hope. Many pilots that fail to get that coveted fall premiere now will get a chance to fill the many slots of summer programming. The networks are always looking for that diamond in the rough to give a second chance, and hopefully find the next big hit.

One thing is for certain. With all of the choices for TV viewers these days, there is never a shortage of new programming for the TV lover during the summer months. Between Broadcast, Cable, and services like Netflix, and Amazon, there will be hundreds of hours of shows to keep viewers satisfied as the temperatures begin to rise.