Sunlight is the Best Disinfectant ~ IN YOUR CORNER WITH SENATOR DIZOGLIO

By Tom Duggan on March 1, 2019Comments Off on Sunlight is the Best Disinfectant ~ IN YOUR CORNER WITH SENATOR DIZOGLIO 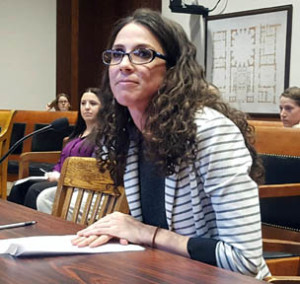 Since the start of this legislative session, I have filed dozens of bills that seek to make Massachusetts a better place to live and work.

On Thursday, I gave my first speech on the floor of the Senate about the need to eliminate taxpayer funded silencing agreements, known as non-disclosure agreements (NDAs), that have been used to cover up misdeeds by politicians in recent years.

Having the opportunity to give my inaugural speech on an issue of critical importance to the State House – and personal significance to me – was an experience I will carry with me for the rest of my life. What made it an even better experience was that my colleagues in the Senate, both Republicans and Democrats, unanimously voted for my proposal.

I am so humbled and grateful for their support to change the status quo on Beacon Hill by supporting this measure that increases transparency and accountability to you, the taxpayer.

During a time of partisan bickering at the national level, these types of small victories in focusing on what’s right, rather than party loyalty, gives me hope that we will continue to see meaningful change for our communities here in Massachusetts.

While this measure passed unanimously in the Senate, however, it failed almost unanimously in the House of Representatives where it earned the support of just 5 state representatives. But, I am prepared to speak about this issue for as long as it takes to affect the change we need at the state house to end the covering up of misdeeds by politicians who are able to use tax-payer dollars to silence victims of harassment, discrimination or assault.

The use of non-disclosure agreements that silence victims while protecting powerful politicians is simply put – shameful. But the fact that our taxpayer dollars are being used to fund them, is completely outrageous.
We, in the legislature, should not be in the business of silencing our critics or covering up any harassing or discriminatory behavior— or even giving the appearance of doing so with public funds.

I’m humbled by the victory of passing this important proposal to end the use of taxpayer funded NDAs unanimously in the upper chamber. But, I remain vigilant in working to make sure this proposal continues to get the support it needs in the House of Representatives, and in the Governor’s administration, to end their use all together in the people’s house in Boston.

Sunlight is the best disinfectant…

Thank you for reading. If you would like more information on this and other pieces of legislation I’m working on, please feel free to email me at diana.dizoglio@masenate.gov or call my office at (617) 722-1604
Warmest regards,

Sunlight is the Best Disinfectant ~ IN YOUR CORNER WITH SENATOR DIZOGLIO added by Tom Duggan on March 1, 2019
View all posts by Tom Duggan →