By ValleyPatriot on August 31, 2015Comments Off on Sunshine saves taxpayers $7.5M

Gr. Lawrence Technical School first school in Massachusetts
to get 100% of their electricity from solar farm 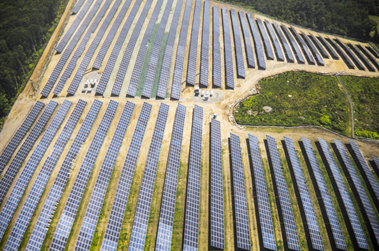 Did you know the Greater Lawrence Technical School (GLTS) officially became the first school in Massachusetts to be 100% powered by solar energy?

Borrego Solar Systems Inc. and GLTS students constructed a 3.6-megawatt solar energy system on a 62 acre lot in North Brookfield, Massachusetts. GLTS was able to negotiate a power purchase agreement 100% financed by Rockland Capital with National Grid that covered all upfront costs to the project. The school therefore didn’t go out for a bond that would typically cost millions. The average cost for each acre of a solar farm in the U.S. is $500,000.

Our 3.6-megawatts solar farm provides enough electricity to power 500 homes. This system was built to save the school district between $100,000-$125,000 per year in energy costs and over $2.5 million dollars through the end of the 20 year power purchase agreement.

The solar array is a tangible lesson to students that environmental responsibility is a priority in their communities. GLTS has been ahead of its time with environmental sustainability long before it became the first school in Massachusetts to produce 100% of their energy. Superintendent John Lavoie and school committee members have instituted a number of environmentally responsible policies and renovations that both save taxpayers money and help to reduce the burden on our environment.
GLTS Superintendent John Lavoie explained, “One thing that’s different about this project is that the farm was built specifically to provide 100% of our energy. We wanted to show our students and the community that we are a responsible institution regarding energy conservation.”

It turns out serious energy conservation also conserves serious tax dollars. The energy cost credits are substantially less than the cost of National Grid’s power. Since the credits cost less the school saves even more per year. All of these savings have allowed the school committee to fund more teacher positions and educational resources including new software and technology hardware, so that class sizes are kept low and students are trained with the most effective tools possible.

The farm produced 4.3 million kWh of power in the second half of 2014, and the school district utilized 4.4 kWh of power for the entire year. This means that before the end of it’s first year the school has already realized enough electricity for an entire year and roughly $200,000 to date of excess credits that the school plans to sell. Those funds will also go directly towards helping taxpayers fund the school.

GLTS doesn’t just have a solar farm, it also has comprehensive solar vocational programs that are tied to an ever-growing list of grants and local projects including Solarize Andover, Massachusetts Clean Energy Center, The Learn and Earn grant, and others. Students who have been trained in solar installation have been honored at the State House and at the 8th Annual Massachusetts Green Schools Summit organized by Green Schools, Inc., a leading nonprofit that focuses on environmental education and E-STEM training (environmental science, technology, engineering, math).

Students at GLTS have even custom-designed effective solar panels that they installed on the roof of the school themselves. The training the students have received have given them an edge when applying for solar industry jobs after they graduate – an industry that is rapidly growing in Massachusetts.

About GLTS: GLTS is a regional technical high school serving the four communities of Andover, Lawrence, Methuen and North Andover. GLTS was recently ranked Level One by the Massachusetts Dept. of Education, the highest possible level of student performance. GLTS also serves as these four communities’ public adult technical education schools and offer classes year round.

Jessica Finocchiaro is Vice Chair of the Gr. Lawrence Technical School representing Methuen, and serves on various community boards in the Merrimack Valley and statewide. She works as a real estate agent at Century 21 McLennan & Co. and holds Masters of Government and Public Administration, both from Suffolk University. Jessica can be reached at (978) 566-1786, or online at JessicaForMethuen.com, Facebook/Twitter: @JessFinocchiaro