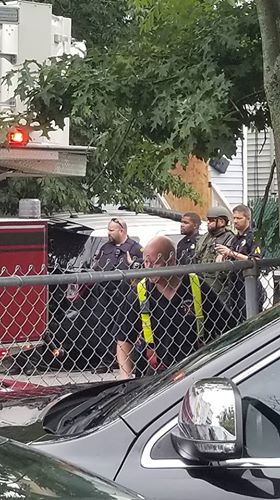 [youtube https://www.youtube.com/watch?v=nn1-AoYWido&feature=youtu.be&h=380&w=280] By: Tom Duggan, Aug. 15, 2018 It was a tense hour and a half Wednesday morning at the corner of Bunker Hill and Lawrence Street as police responded to a man running into a building with a gun believed to be a stabbing suspect from yesterday. Lawrence Police called in the swat team, the fire department, […]