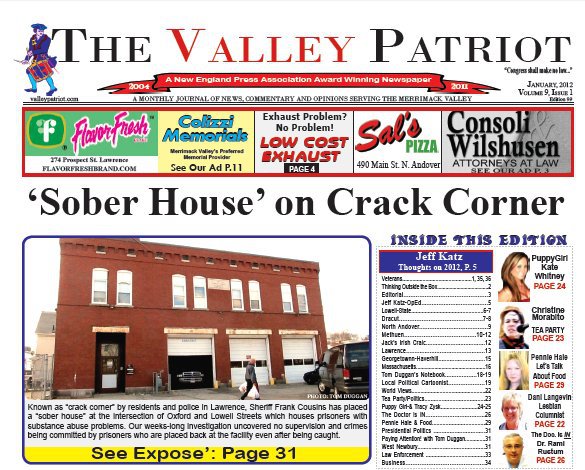 Prisoners in “Sober House” on Crack Corner Have  No Supervision, Escapes Continue with No Accountability Paying Attention! with Tom Duggan Tom Duggan  – January 2012 LAWRENCE, MA – The intersection of Oxford and Lowell Street is known as “crack corner” by Lawrence Police because the amount of drugs and drug dealers in the neighborhood is staggering. […]