By Tom Duggan on April 17, 2015Comments Off on Teen from Tennessee Arrested on Terrorism Charges for Making Bomb Threats at MA Schools 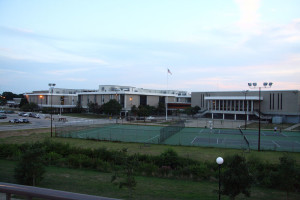 A joint investigation by the FBI Boston Division and detectives from the Metropolitan Police Department in Nashville, TN led to the overnight arrest of a South Nashville teenager suspected of making bomb threats to three high schools in Whitman and Brockton, Massachusetts. The schools involved are: Brockton High School, Whitman-Hanson Regional High School and Cardinal Spellman High School.

The Hanson, Whitman, Brockton and Quincy Police Departments assisted in the investigation along with the Massachusetts State Police.

The teenager was booked on a state terrorism charge and will be charged federally. He is expected to appear before a US magistrate judge later today. All further inquiries should be directed to the United States Attorney’s office in Nashville, TN.

The following statement can be attributed to Vincent B. Lisi, Special Agent in Charge of the FBI’s Boston Division.

“The FBI takes threats of violence to schools very seriously. Make no mistake we investigate these incidents and those found responsible are subject to arrest and full prosecution no matter where they are located.”

Teen from Tennessee Arrested on Terrorism Charges for Making Bomb Threats at MA Schools added by Tom Duggan on April 17, 2015
View all posts by Tom Duggan →