By ValleyPatriot on December 5, 2006Comments Off on The Attacks on Chief Solomon Must Stop!

A recent newspaper article in the Boston Globe quoted me as saying that I am “definitely pro-blue.” That is an accurate quote, and one I am proud to make as a city councilor and citizen.

Our police officers serve and protect us all year long. They miss out on family events, birthdays, anniversaries, outings, holidays and so much more to do a job that can be quite dangerous.

As rumors and innuendo swirl around the political swamp, I think it is vitally important to support our Police Department and I urge everyone to stop trading in rumors and start concentrating on producing the best possible public-safety environment for Methuen.

Regardless of the community, being a chief of police can be a truly difficult job. A chief has to juggle the competing political demands made by mayors, unions, city councilors, and most importantly, the public.

In some instances, these competing demands produce terrific political backlashes that have been directed against chiefs everywhere. In Methuen, the rumor mill has been working overtime to discredit Police Chief Joseph Solomon. These politically motivated attacks are designed to prevent him from doing his job as chief, and it really needs to stop.

I cannot say that I agree with the chief on everything, but I feel he has a strong record of accomplishment for Methuen. What are those accomplishments? Under the leadership of Chief Joseph E. Solomon we have monthly neighborhood crime-watch meetings and annual business crime-watch meetings. These meetings aim at the twin goals of crime reduction and prevention. Preventing crime is far better than reacting to crime that has already occurred. 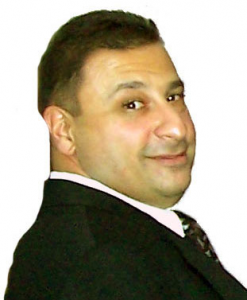 Chief Solomon’s proactive approach to crime is reflected in the following specific examples of achievement made by the Methuen Police Department under his leadership:

* Chief Joe Solomon has implemented programs and procedures to improve the ability of the Police Department to respond to major emergencies by creating the Homeland Security and Drug Intervention Unit.

* Under Chief Joe Solomon, Methuen police officers have been trained by the U.S. Coast Guard to coordinate actions to prevent and respond to river-targeted emergency situations and possible terrorist incidents.

* Chief Solomon has established and expanded a Motorcycle Unit, with trained officers to assist with traffic control, escorts and patrol.

* The chief is an active participant in the growing neighborhood watch groups.

* He has established a very effective crime prevention program.

* He has expanded a highly professionally trained Criminal Investigation Division.

* Chief Solomon applied for and secured a 1.5 million dollar WEED and SEED grant to help to teach our children and elder citizens how to use computers.

* The chief has established a safe haven where kids in Methuen can be shielded away from drugs, gangs and crime while learning the best ways to succeed in school.

* The chief has encouraged and will continue to support the churches’ drug and alcohol rehabilitation programs.

* He has maintained and increased excellent cooperation with all law enforcement agencies and volunteer organizations, the emergency medical services and its personnel, Fire Departments, and other groups concerned about citizens’ welfare.

* He has established one of the first programs placing school resource officers in every public school in the city. This has allowed these officers to interact with and be a resource for principals, teachers, administrators, and students, and present a positive image of the police. These resource officers establish and maintain various youth programs such as drug and alcohol education, child safety, and bicycle safety; they address students, assemblies, and special interest clubs on subjects directly related to these programs. Officers work with school officials and parent groups to safeguard the safety of students and staff on and around school grounds.  These drug and alcohol programs, incidentally, can be found in a statewide directory for Massachusetts for easy reference.

The chief established a Special Police Operations Unit that has trained to respond to emergencies at each of our schools.

* Chief Solomon has led the charge to be the first in the commonwealth to put into place and test an emergency lock down procedure of our schools to ensure the safety of our children.

* Chief Solomon established a summer park program for our children.

* He maintains a child safety car seat program with trained officers that assist our citizens in the protection of children in motor vehicles.

The chief helped establish and expand the Neighborhood Services Bureau that handles quality of life issues within our individual neighborhoods to better serve our residents.

* He established and maintains the community policing philosophy throughout the Police Department.

* Chief Solomon put in place a message board that is deployed around the community and is used to get the word out during Amber alerts.

* He has expanded traffic education to our youth in cooperation with driver education schools.

* The chief obtained the city’s first search and rescue K-9, which has been used in numerous occasions to search for and locate missing children and elderly.

The fundamental truth is that the Methuen Police Department has made great strides under Chief Solomon’s leadership.

I have been disappointed by the political attacks centered on the chief and the department, and I hope that the warm political atmosphere that has occurred during the past year has not been shattered by these obsessive attacks on the chief. Political gossip is one thing, but as public officials we must stay focused on the job at hand.

As one of nine city councilors, I pledge to work positively with my colleagues, the chief, and the mayor to make the Methuen Police Department the very best it can be. And I will continue to be pro-blue!

Debbie Quinn is a West End District City Councilor in Methuen. She is in her first term and can be reached at drq270@yahoo.com