The Benefit of Home Schooling

By Paul Murano on October 1, 2011Comments Off on The Benefit of Home Schooling 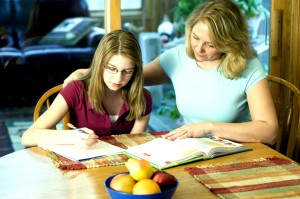 For the past nine years I have taught at four colleges, and I’ve come to know what to expect. This year, however, I started a new job at a small Catholic college and it has renewed my faith in this country.

Up until now I have been used to dealing with goodhearted students that suffer from today’s widespread spiritual cancer, the crisis of thought. They were brought up in today’s hedonistic and relativist media culture, have been exposed to soundbite and even bumper sticker politics (“Change”). Often they are the victims of broken families, growing up with an absent deadbeat father and/or an absent working mother. They have have been victims of what education has become – the memorization of inconsequential facts, and the flooding of minds with useless information – keeping natural curiosity, thought, and creativity from blossoming. In papers I correct I am continuously crossing out “feel” and replacing it with “think.” They have been so used to telling people, even themselves, how they feel about issues rather than what they think. Knowledge without wisdom or understanding. They have been pressured by peers along the way into doing things they’ll regret the rest of their lives, and the resultant attempt to feel good about themselves the fear of facing the truth of what they’ve become also closes the mind to truth. Because of all these factors and more that young people are forced to endure today, most are unable to enjoy the freedom that clarity of thought brings.

I’ll give you two examples. When I shared a natural law analogy between the two sensual appetites that exist to keep us alive, food and sex, an otherwise talkative class turned into an uncomfortable silence. In short, the analogy goes like this: There is great pleasure attached to the two survival activities, eating and sex, because life is a basic good, and it makes perfect sense that nature has this extra motivation to sustain and propagate life. While the natural end or purpose is the continuance of life in the individual (food) and for the species (sex), the personal motive for eating and sexual relations may be different (pleasure, love, etc.). The natural law dictum is simple: One can not say yes to pleasure and no to purpose. That is, while one’s personal motive may not be nutrition or impregnation respectively, the natural end of both activities must be respected and never intentionally thwarted. It is a violation of our human nature to begin the act (of eating or sex) to attain its pleasure, but intentionally thwart its natural end. Regarding food this would render bulimia an unnatural and disordered act; regarding sex it would render contraception, abortion, homosexual acts, masturbation, and heterosexual sodomy the same. Although disordered desires in people and should be handled with compassion, they never justify violating the natural law. This is a very simple principle that has been lost in most people today due in part to the aforementioned cultural influences.

A second example is just as perplexing. Until this year most of my students polled said if they had the option they would save the life of their dog instead of a stranger. If they had to swerve the steering wheel of their car on a dark rainy night to hit only one of these two parties, a majority each semester stated they would hit the stranger.

But this semester I have been pleasantly shocked. With these new students the inner barriers to clarity of thought seemed to be missing. There was no fear of where reason might lead and what it might uncover. Both of the examples above on natural law and the value of life were clearly understood without hesitation, for the cloudiness and reactionary fear of truth due to woundedness and cultural conditioning were missing. And apparently while other kids spent much of their time in front of the TV and with video games, these kids were reading the classics. I was intrigued. How did they escape the snares and pitfalls of contemporary society? If we could only bottle it and sell it to others. The mystery was solved, at least in part, when I found out a good majority of them were home schooled most of their lives. Despite the usual criticism that it stifles a child’s social life, it can have so many important benefits that last a lifetime. This has confirmed what I have thought for a long time: Home schooling is an important alternative in today’s world; and it could be what ultimately saves civilization.