By ValleyPatriot on December 22, 2013Comments Off on The challenge of Growing Wages, Jobs and our Small Business Economy – IN YOUR CORNER with Senator Ives 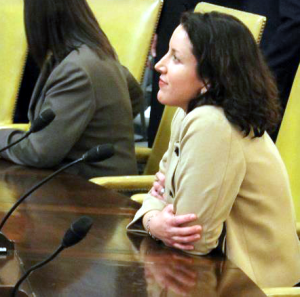 At the end of this year’s legislative session, the Senate took up a bill to increase Massachusetts’ minimum wage rate from the current $8.00/hr. to $9.00 in 2014, with automatic increases to $10 in 2015 and $11 in 2016. These increases would also be tied to the Consumer Price Index (CPI). This bill passed in the Senate with a vote of 32-7. I voted against that bill, not because I oppose raising the minimum wage—I support increasing it.

I support increasing the Massachusetts minimum wage to $9 in 2014, which would make it the highest in New England. Then, the Legislature could assess the economic impacts before raising it to $10, $11 and indexing the minimum wage to the CPI. This approach keeps the Legislature’s hands on the wheel as the Commonwealth embarks on an unprecedented, though needed, series of minimum wage increases in a short period of time.

I proposed three amendments as compromise language, one of which was included in the final bill. The first amendment successfully changed the implementation of a new minimum wage from the bill’s original start date of January 2014, to a start date of July 2014. The intent of this amendment was to give employers time to prepare and adjust to an increase in the minimum wage. The second amendment did not pass and sought to distinguish our smallest businesses from larger businesses by exempting employers of less than fifty employees from the increase. I do not believe we should place big and small business in the same group. Big business is better positioned to absorb the costs of an increased minimum wage on account of the competitive advantages such as bulk purchasing, distributed risk, access to credit markets, supply chain capabilities, as well as the ability to offset losses at one location with profits from other stores.

By increasing labor cost for all businesses uniformly, we may unintentionally expand corporate dominance and influence in our local markets because small local businesses are squeezed out and do not have the same cushion for new increases in expenses. We need to consider what may be the difference for some small business between staying in the black and going in the red.

Lastly, the third amendment I proposed sought to have a straight increase from the current minimum wage of $8.00/hr. to $9.00/hr. The intent behind this amendment was to pass an increase of $9.00 so that an increase in the minimum wage would garner rapid and widespread support and could be adopted as law quickly and avoid the unknowns related to indexing and automatic increases. I believed it preferable to increase the minimum wage to $9.00 and assess the impact of future increases and indexing on the state economy so that the legislature may revisit the matter in the near future armed with the data to be assured our actions serve to maintain and grow jobs and earning in the state.

There is growing income disparity that needs to be addressed; those that work should not live in poverty. However, the minimum wage is still not a living wage, and growing manufacturing, bringing down the cost of higher education, developing housing that’s affordable and bringing down the cost of healthcare all factor into improving quality of life and stabilizing the cost of living in Massachusetts. I am optimistic that the Legislature can have an impactful role in strengthening opportunity and removing obstacles for small business growth. The bill currently awaits action in the House.