The #MeToo Mob Scene – Movement Without A Cause

By Tom Duggan on April 10, 2018Comments Off on The #MeToo Mob Scene – Movement Without A Cause 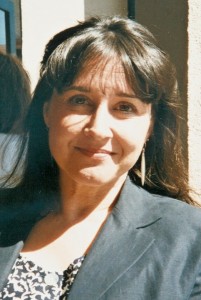 On the first day of my job at Dana-Farber Cancer Institute I came across a woman clearing out her cubicle in observable humiliation as her co-workers stood by, straining to avoid eye-contact with her. A newcomer and unfamiliar with hostile work environments until my employment at the Cancer Institute, I offered my help. “That’s ok,” she said ” I’m outa here,  Paresky is a sadistic psychopath and  this place kills more people than it saves. Just hope she’ll find her match one day.”

Susan Pareksy was VP of Dana-Farber’s Fundraising Department and had just hired me as Senior Writer. I knew enough about human interactions to not take one party’s words for fact without hearing the other side. However, this scenario of employees being ostracized, gas-lighted and isolated to the point of others fearing retribution for socializing with them was to repeat itself frequently. I often remembered Debbie’s parting words until I myself became the target of vicious assaults three years later. No. It wasn’t anything sexual as far as I can tell, though one never knows what really drives someone to relentless acts of depravity against another. But the onslaught of deliberately destructive actions, intended to humiliate and marginalize me were brutal.

I still live with the aftermath, as do most victims of workplace psycho terror. That’s what I thought about when I read last month’s edition (02/2018) of the German magazine FOCUS, which featured an interview with Meryl Streep, prominent mouthpiece on the #MeToo Mob Scene. When asked by the interviewer:”Where does abuse begin?” Streep couldn’t answer. Finally she said: “I don’t believe that’s the question here.”

That, however, precisely is and must be the question as the definition of abuse better be understood to aid real victims and before indicting someone of this crime. I for one can tell you exactly when the abuse at Dana-Farber started. The same time I developed heart palpitations in response to being wrongly accused, first for allegedly “snooping in company files,” then being unfairly warned about alleged “poor writing skills,” being excluded from departmental meetings, demoted from” Senior Writer” to “Writer” and generally marginalized, then totally avoided as though I was carrying the bubonic plague.

No, the abuse wasn’t sexy like an unwanted kiss, slap on the tush or touching (whatever that is) my thigh. None of such vaguely suggestive acts could even come close to the unsettling, hurtful and debilitating assaults I was repeatedly harassed with over the nine months I managed to continue work after addressing Dana-Farber’s racism.

Victims or those who truly care about real victims can tell you everything you would ever want to know about abuse. It’s deliberate, physical or psychological, meant to inflict pain, shame and harm to the point of destruction. Anything else is a misunderstanding, rudeness, arrogance or other behavior within the varying shades of grey in human discourse. But it is not abuse. And to obscure this reality is denying the crime of actual abuse and hindering the pursuit of it.

The other question begging to be asked is: Why the #MeToo Mob scene is obsessed with only sexual abuse and not all criminally abusive behavior? Why the focus on this small segment within the large widespread and multipronged crime of capricious predatory conduct that kills the spirit and the body?

The Hollywood induced limelight on the so-called forward coming brave is so enticing that it has coaxed out all kinds of opportunists with their dog and pony shows. Even Monica Lewinsky popped up again with a new shtick, just to be able to jump on the bimbo bandwagon. Until this moment I had always held great sympathy for this young woman enamored with the dashing President. Always truthfully admitting consent in the affair, which may have even been authentic for Clinton, at least at the onset.  After all, he gave her Walt Whitman’s Leaves of Grass, the same book of poetry he had gifted Hillary when they were dating. Now Lewinsky claimed doubt whether their affair had been consensual.

And that’s what’s wrong with this movement that Sean Penn called a “toddler’s crusade” during a recent interview. I can’t be that generous. The harm that psychopathic bosses routinely inflict on employees for no justifiable reason continues. Their victims shrink to remnants of their former selves. Their PTSD symptoms, loss of sleep, general fearfulness and increased lack of self-confidence invading every aspect of their lives as human beings, partners and parents. And yet claims of sexual abuse as colorful as the characters alleging them dominate the media for their salaciousness in our phony Puritan society, while real victims struggle to repair their ravaged lives.

Recently the New York Times twittered: “In the #MeToo moment woman have spoken. Men have fallen. Corporations have grown nervous. But are workplaces really changing?”

Dana-Farber Cancer Institute has scores of complaints lodged against it regularly for race-, gender-, whistleblower-, sexual- and disability abuses, while being featured among The most desirable places to work by the Boston Globe. One complainant, a scientist at the Institute, was targeted for questioning the sham of having to set up her lab to appear as though medical research was in progress for a visit of wealthy donors. Nothing sexual, at least not overtly so. But the retaliation was monstrous and she left, a talented scientist, Dana-Farber and medical research, forever.

For my mother the precipitating event was simply refusal to avert her eyes from a capo who mercilessly beat a fellow victim in the Auschwitz Death Camp. The only thing my mother thought she could get away with to punish the perpetrator. To keep looking. But she had been wrong. You get punished for unflinching observation, as my mother found out when she herself was subsequently beaten for having stared. In fact, it was for staring that I was beaten at Dana-Farber, for refusing to look away. Nothing sexual, at least on the surface, but with plenty of deviant sadism.

Staring, in fact, is the most harshly punished offense in hostile workplaces. It means you have seen and you know. You are a witness and perceived threat.

I won’t stop staring until Dana-Farber makes amends with all the victims it abused and starts treating people with dignity. And until The Boston Magazine takes Susan Paresky off its “ 25 Most Influential People in Boston List ” unless it applies to predators, liars and thieves. Please let me know when that happens, – and most of all, when Streep has figured out what abuse is. Or has shut up.