By ValleyPatriot on April 18, 2016Comments Off on The Million Dollar Man, by Duncan Burns 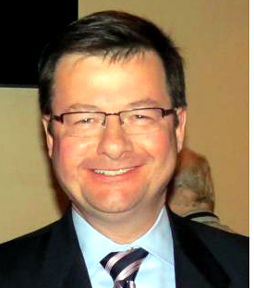 This is not the story of a lottery winner, nor is it one of a successful rags-to-riches journey, no, this is the story of a Massachusetts Legislator. The Massachusetts State Representative in question name is Brian Dempsey, who has served on Beacon Hill for over two (2) decades. Over his career in politics, he has amassed over one-million dollars in political campaign contributions, so maybe this story is similar to winning the lottery, only without paying the taxes on the winnings.

These campaign contributions are mostly from the who’s-who of lobbying and law firms, with a smattering of successful business and property owners, some of whom have a lot of self-interests not only in this state, but The City of Haverhill. There are not many by way of average citizens on the contributor list, which raises the question: whose interest does Brian Dempsey serve? Corporate interests or The Peoples? Now I know that draws the ire of Democrats and Republicans alike because businesses employ citizens, so of course Rep. Dempsey should cater to them. My argument is, if this is true, then why have the Citizens of Massachusetts real median income been in decline for fifteen years? Our incomes have plummeted by ten percent (10%) since 2000 (factoring inflation), while taxation in this state has increased a whopping fifty-two percent (52%) during the same time period. So what kind of jobs exactly are being created by these well-heeled donors that is impoverishing The Citizenry?

Going in descending order, I thought I would spotlight a few of the campaign contributions over the past year, much like their political brethren in Congress, it’s no secret that “pay-to-play” runs rampant both Beacon Hill and in the Halls of The Capitol Building. The first item that caught my eye was liquor and beer companies, as my first thought is there must be a Bill somewhere that effects these folks, because there is a flurry of activity by the likes of; M.S. Walker, Ruby Wines, United Liquors, Martignetti Companies, and Horizon Beverage Company. Trinity Ambulance is a frequent flier with over $12,000 in contributions, but one would think after buying the naming rights to Haverhill Stadium for $25K, they wouldn’t have to keep paying and instead use the monies to pay their front line employees instead.

Like a lot of other recipients of campaign cash, one is likely to find on the list is that of public employees (and their unions) and “Legislative Agents”. Of particular note, Ex-State Senator Stephen Baddour of Methuen made the list, he resigned from office in the wake of The Massachusetts Probation Department scandal. It seemed to have worked out well for him, now continuing to be a regular campaign donor and a legislative agent for the firm of McDermott, Will, and Emery. As we learned from this scandal, it gave a whole new meaning of what “pay-to-play” means, even if Brian’s boss, House Speaker Robert DeLeo remains an “unindicted co-conspirator”. Then again, there’s another Ex-State Speaker that’s a convicted felon, and he got his own radio show. So maybe crime does pay?

One final note on the list is Steward Health Care Systems, They are a subsidiary of Cerberus Capital Management. While not a big “player”, they still donated over $6,000 to Brian, which would make sense because they took over Haverhill Hospital, the former being the failed Hale Hospital to which The City of Haverhill is still paying millions for by way of deficit spending bonds. Of particular note, The City of Haverhill’s former, and now defunct bond counsel was the firm Edwards, Wilde, and Palmer L.P. Why is this noteworthy? Edwards, Wilde, and Palmer was also a paid lobbyist in the employ of said Cerberus Capital Management, but I’m sure all sorts of Chinese Walls were in place for those dealings.

There are plenty more people, companies, and connections on the list, but in Brian’s case, given his position as Chair of Ways and Means, he controls the purse strings which makes it natural that more than a few donors want a piece of the proverbial pie. Meanwhile, it is The People of Massachusetts (and the nation as a whole) that suffer from this obvious crony capitalist paradigm where free markets no longer exist, only those who pay get a seat at the table. How long does this last? This is anyone’s guess, but if the decline of incomes and the decline of home ownership in Massachusetts are any indicator, along with a state that leads the nation in income disparity, maybe ask those who claim they are serving in the interests of The People of Massachusetts.