The Recall Process in Lawrence

By ValleyPatriot on May 6, 2011Comments Off on The Recall Process in Lawrence 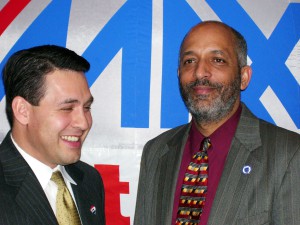 A recall effort is underway in the City of Lawrence. The process of a recall is contained in the City Charter (hereafter Charter). Section 9.7 entitled “Recall of Elected Officials.” As this section is written in government lingo, it does require a careful reading as well as some legal interpretation as detailed below. Also added to this are some comments about potential issues. If I’ve got any of this wrong, please let me know.

An affidavit (which is just a fancy term for “legal document”) must be filed with the City Clerk (hereafter Clerk) with 100 signatures requesting the recall, along with the reasons for the recall. The Clerk, after verifying the signatures, will then give the organizers preprinted petitions that state at the top the reasons for the recall and the signers’ names. Note: How are all these words and the names of all the affidavit signers going to fit on the petition? This is not clear in the Charter. The organizers have thirty days from when the petitions are issued to return them. No mention about the Clerk getting them the petition forms in a timely manner.

The organizers need to get 15% of the number of people registered for the 2009 election, or 5,232. Political types will tell you to get 50% more signatures than you need in order to provide for challenges. Depending on the process, many signatures might be thrown out. The right number is probably around 8,000 signatures, and with approximately 30 names per paper petition the Clerk needs to hand over more than 300 petitions. Once the organizers are out on the streets with their petitions they have 30 days to return them and then the registrar of voters will need to certify them.

Assuming the signature goal is met (not an easy task), the petition moves to the city council, and the council is instructed to proceed “forthwith” (how long is that?

A translation into Spanish is “inmediatamente” which sounds a lot better). The council then asks the mayor to resign, and he has five days to do so. Assuming he does not (anybody think he would?), the council orders an election 35 to 60 days out. Here is the interesting part. The ballot would start out with the question “For the recall of the mayor”, the second question would be “Against the recall of the mayor”, and after that would appear the word “candidates” and a list of candidates to replace the Mayor. Should the first question get a majority of the votes, the candidate votes would be counted, and if the Mayor is chosen to stay, those votes are not counted. To get on that ballot would follow the normal process, and the candidate with the most votes wins, and there is no runoff. The winner would finish the term (to 2013).

Pitfalls waiting for those wishing to recall the Mayor include: delays by the Clerk’s office in producing petitions, delays in the certification of signatures, excessive rejection of signatures, foot dragging by the city council, election fraud during the polling and meddling by the Secretary of State.

If there is going to be a new mayor at the end of the process, someone is going to have to put his or her hat in the ring. Some of the mayor’s allies on the council who are widely perceived as wanting to be mayor someday are either going to have to switch sides before they know the outcome, or remain on the sidelines while another moves into the mayor’s office because someone willing to stick their neck out, whether known or not, could become the next mayor.