By ValleyPatriot on April 8, 2011Comments Off on The Republican Party in the state of Massachusetts 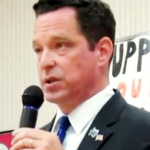 The Republican tide that swept through the country on November 2nd seemingly stopped short in Massachusetts.

While Republicans won 16 state representative seats (doubling their number), how is it that we lost a state senate seat and failed to win any state wide race or a Congressional race (including the open seat in MA-10)? How did the Republican wave that swept this country miss Massachusetts? If we were on the right side of the issues, then how do we explain the losses?

We were beaten on the ground.

The Massachusetts Democratic Party has been strong and organized for decades. They are united by their victories and emboldened by the results. Give credit where it is due; they got their voters to the polls. Even Governor Patrick called it “…the greatest get out the vote effort in the history of Massachusetts politics.”

But this is only part of the answer.

Republicans need to organize and energize. Relying on our opponent’s lethargy is not a strategy.

Organize: Massachusetts Republicans need to grow their base. Supporters showing up to help every 22 months simply isn’t enough. Every person that hosted a lawn sign came to candidates’ offices for a bumper sticker or made calls on behalf of a candidate should be contacted and encouraged to join their local Republican Town Committee (RTC). In addition, Republican Town Committees should check their town voter rolls for residents who have voted Republican in past elections but have become inactive.

Let’s knock on the doors of those who stopped casting votes years ago and reengage them. I was one of these people! Let’s increase communication. The MAGOP should host weekly conference calls with RTCs across the state. Have candid discussions and issue a challenge to RTC leadership to increase their membership by 25% each quarter. For many RTCs this would be 1 or 2 new members every three months. In addition, RTC meetings should occur more than once or twice a year. These are not meetings but reunions; have meetings once a month.

Increase our base: As Governor Paul Cellucci told me time and again, ‘Politics is about addition….’ Let’s reach out. Everyone should feel welcome. Instead of focusing on what divides us, let’s celebrate what unifies us. Republicans believe in the power of the individual not the power of the government. We believe in lower taxes and smart regulation so small business can thrive. We have the issues on our side. These issues helped my congressional campaign win more votes in this district than any other Republican running since 1992.

Fundraise: Throughout the campaign, I spoke a lot about being ‘heard’ by Washington. However, we also have to be heard by our own voters. This means we have to raise money to be able to afford to publicize and advertise, to print literature, to have a strong get-out-the-vote operation and to pay for a great staff.

Constant Campaign: Election Day has come and gone, but the campaign is not over. This is the era of the constant campaign where in order to keep or build momentum we must keep fighting. Republicans cannot start fresh every two years and then wonder why we can’t compete.

Make no mistake; Republicans in the Commonwealth will need help from the national party and the new Republican majority in the House of Representatives.

On a national level, the Republicans need to show they can govern. While only controlling the house, they must prove that we are not simply the party of ‘no’, and we can accomplish this by being the party of solutions. I believe solutions will engender bipartisanship. Accomplishing this will help to regain the confidence of the American people, a confidence that has been whittled away over the past two decades by partisan bickering. The genesis of the Tea Party movement was driven largely by government’s deficit spending. Let’s stop spending money we do not have and make the government live within its means. Cutting congressional office budgets by a minimum of 5% and rolling back discretionary spending to 2008 levels (exempting seniors, veterans and military) is a good start.

So while Massachusetts did not enjoy election results comparable to the rest of the country, I refuse to believe that the state election results are an endorsement of the many unpopular policies that came from Washington: the health care mandate, the buyouts and the bailouts, and deficit spending.

We cannot permit ourselves to become disenfranchised or disheartened by our state results. We must do the opposite. We must become energized and rise to the challenges we face. We had great candidates up-and-down the ticket. Encourage them to stay in the process. To those volunteers and activists exhausted by a hard-fought race and unintended outcome: take some time and then get back on the trail. I understand being disenfranchised. However, I also understand being pulled back in and re-engaging. Let’s re-engage.

Let’s take a lesson from our opponents on how to get our supporters back to the polls on Election Day.

We have the issues, we have the candidates, together, let’s get the votes.