By PeterLarocque on September 11, 2013Comments Off on The Time For Talk is Over, Now it’s Time to Vote! 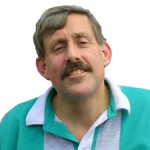 This coming Primary Election which is about to take place on Tuesday, September 17, 2013 is probably the most important election that I can remember for us in the Great City of Lawrence. This election affords to us the means to fix what is really ailing our beloved city.

First and foremost our duty is to rid ourselves from, in my opinion, the most decisive Mayor we have had since my family and I moved to Lawrence some 26 years ago. I can’t think of one good reason to re-elect Mayor Lantigua to another term as mayor of Lawrence. Please don’t be fooled by the paving of the streets of this city, that’s our state taxes taking care of that and not our current Mayor.

Mayor Lantigua gave our schools away to the state by his inability to oversee them as mayor and chairman of the School Committee. Our schools are now led by a state appointed Receiver/Superintendent, Mr. Jeffrey Riley. Also because of his inability to manage our city budget, he gets his hand held each year through the budget process by a state appointed Overseer, Mr. Nunes. In addition to this, he has made outrageous statements against our Firemen like questioning why they should be paid while they sleep during their shift. He has accused our police officers of not doing their jobs correctly as well. By his words and actions he has successfully divided our city. So knowing all of this, I can’t think of any good reason for his re-election.

Now having said all of the above, let’s not be ignorant! Mayor Lantigua will not just lie down and play nice and allow his position as mayor to just go away quietly. He will by any means necessary do what he can to assure his re-election. Therefore, it becomes our duty and responsibility to show up on Tuesday, September 17, 2013 and vote our conscience. Every registered voter should do their civic duty and show up and vote!

Before I conclude this column, I want to speak to the issue of the filling of the city’s Boards and Commissions. It has been said by one of our city councilors that the reason for the many unfilled seats is because “People just don’t want to go in front of the council and be scrutinized.” This was stated by Councilor Sandy Almonte in an article in the daily paper, March 26, 2013 entitled, Lawrence Board of Registrars Disabled as Elections Approach. In my opinion, this statement is far from the truth! The truth of the matter is that not many well educated, respectful, hard working citizens of Lawrence want to be associated with a mayoral administration that has been under investigation by a grand jury almost for its entire existence!

As recently as Tuesday, August 27, 2013, Attorney General Martha Coakley, along with the Office of Campaign and Political Finance have filed suit against Mayor Lantigua. The mayor is being sued for alleged violations of campaign law violations, including accepting several thousands of dollars in potential illegal cash and corporate contributions. I ask who really wants to volunteer to play a part in this kind of administration.

The mayor did submit weeks before news of this suit, 27 names to the City Council for approval for many of these open seats on the city’s boards and commissions. I have no idea who they are but, as I write this, I only hope and pray that they are individuals who are capable for the task that they are named for and those responsible to approve them do their job right.

Unfortunately it is the right and privilege of the mayor to appoint who he wants. This is the type of local government that we have in Lawrence, a strong authoritative mayor with a lesser in authority council. I don’t see this changing anytime soon. Every election I hear that we should change to a City Manager but that talk goes away as soon as the election is over, so it is what it is!

One more thing before I bring this to an end; the race for City Council at-Large is also very, very important to the betterment of the city. Here are my 3 choices: #1 Modesto Maldonado, #2 Roger Twomey and my choice for #3 is Wendy Luzon. Feel free to choose these three as well, or choose your own 3 individuals that you think will help work together to make our city better. What is important is that you choose 3 candidates!

I want to leave you with this, please, please show up and vote on Tuesday, September 17, 2013. The smaller the turn out of voters on Election Day favors the Mayor! Our city needs a change in the corner office; make your voice heard by voting. Staying home and leaving the outcome to others is not what this country is about. Remember, anybody but Willie is not a candidate! Freedom doesn’t come without sacrifice.

God Bless you all!