By ValleyPatriot on May 30, 2016Comments Off on The Ugly Truth About Common Core Education 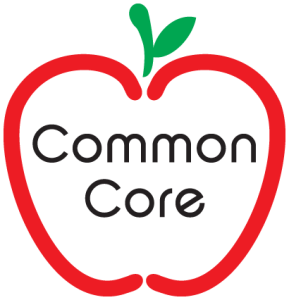 The debate over Common Core has been heating up over the past several months, especially with the Presidential and Congressional Elections looming. The purpose of this article is to explain the origins of Common Core, summarize the standards, and offer suggestions on how to stop Common Core from being implemented in Massachusetts.

What is Common Core?

Common Core was a set of standards in English and Mathematics written and pushed by private interests in Washington, DC, without any representation from career educators or the states. The standards were adopted in advance of being written by 46 states in return for receiving Race to the Top funds by the Obama Administration. 4 states have since withdrawn. The U.S. Department of Education, led by then Obama Education Czar Arne Duncan, was involved in promoting Common Core and provided millions of dollars in funding to two private companies that are designing national tests that will be aligned with the Common Core standards. It is worth noting that Arne Duncan was a sociologist and had never been a classroom teacher. Pearson Publishing Company was given an exclusive contract to create a national test. In addition, David Coleman, one of the 5 individuals who wrote the Core standards and led the effort for Common Core adoption, has no education background and is now in charge of both the SATs and the AP History Exam as the Chairman of The College Board, Inc.

What’s wrong with a high-stakes national test? As researchers Richard Phelps and R. James Milgram of the Pioneer Institute point out, “Most European and East Asian countries have much smaller disparities in income and narrower “achievement gaps” across demographic groups than we have in the U.S.” In addition, states can already be compared and measured against other states. In the elementary/middle school years we already currently utilize the National Assessment of Educational Progress (NAEP) test, in high school we use the SAT and ACT. Many colleges are abandoning both the SAT and ACT as admissions criteria because these tests have been changing significantly and for the worse.

Common Core is nothing more than the failed and repackaged proposed Outcome-Based education of the 1990’s. According to an August 21, 2012 Washington Post article by career educator Marian Brady, “The Common Core Standards are a set-up for national standardized tests, tests that can’t evaluate complex thought, can’t avoid cultural bias, can’t measure non-verbal learning, can’t predict anything of consequence (and waste boatloads of money).” In a Saturday Evening Post interview on October 26, 1929, Albert Einstein commented, “I believe in standardizing automobiles. I do not believe in standardizing human beings. Standardization is a great peril which threatens American culture.” I could not agree more.

What are the Standards and Why is Common Core Bad For Our Students?

The new Common Core ELA Standards stress more non-fiction informational texts and less classical literature. The concern is more indoctrination and less evaluation of a character’s morals and ethics. According to a report by National Public Radio, “In English language arts, the standards emphasize using evidence from texts in writing, and answering text-dependent questions in reading.” The Pioneer Institute of Boston reports “Common Core’s literacy standards are clearly not academic, or content, standards, as the introduction to its ELA document promised. They are statements of different purposes for reading and writing in any subject.”
The new ELA texts contain graphic pornographic depictions, which should cause deep concern for every parent. One especially graphic text in the curriculum is Toni Morrison’s The Bluest Eye, which graphically depicts rape, incest, and pedophilia. Is this what we want our students to read and “analyze” in English class? Dr. Sandra Stotsky, who wrote a large part of the ELA Framework for Massachusetts, which made Massachusetts the highest achieving state in the nation, resigned in disgust from the Common Core Advisory Team and is now actively opposing the implementation of Common Core.

The new Math of Common Core removes memorization of addition, subtraction, and multiplication problems and replaces these with complex drawings and problem-solutions that parents are already finding are too complicated and many more are frustrated that they cannot assist their children with completing their homework.

Students in grades K-2 cover addition and subtraction while students in grades 3-5 cover multiplication, division and fractions. Students in Grades 6-8 cover ratios, proportions, and some algebraic concepts. According to NPR, “The Common Core sequence does not completely tackle algebra until high school, and the standards don’t fully prepare students to take calculus even in college (a common criticism of the Common Core math standards). In 2009, the most recent year for which statistics were available, 15.9 percent of high school graduates had already taken calculus.” In other words, Common Core lowers the current standard which includes the teaching of Calculus in high school. The latter has made Massachusetts students Number 7 in the world in Mathematical achievement. Common Core Math writer, Jason Zimba, has admitted that the standards which he helped to author does not prepare high school students for Science, Technology, or Engineering majors in college, nor do these standards prepare students to meet the admissions criteria of top colleges and universities.

Let’s now turn to Social Studies. According to the Pioneer Institute, “History teachers see that their subject plays second fiddle to mathematics and English. They also see that a core part of American history (the philosophical and historical antecedents to the Constitutional period, as well as the contentious issues with which the Framers grappled) has been deliberately minimized or distorted by the College Board in its redesigned A.P.U.S. history curriculum.” The new AP History courses, written by the College Board Inc., scraps the teaching of the Declaration of Independence and the Constitution in favor of teaching racist cultural imperialism. This is all being done to generate profits for private testing companies and to indoctrinate our students in bogus revisionist history. I would advise students to refrain from taking this bogus AP course.
In the new Common Core textbook, G. Washington – Royalty out of Many, it is stated that George Washington “was anything but a man of the people. By nature reserved and solemn, he chose to ride about town in a grand carriage drawn by six horses and escorted by uniformed liverymen. In the tradition of British royalty, he delivered his addresses personally to Congress and received no reply.” Furthermore, in another Common Core textbook, Out of Many, we read, “President Ronald Reagan, who sometimes invented his own past and seemed to believe in it, offered remedies for a weary and nostalgic nation.” Is this what we want to be teaching our children?
States are required to adopt Common Core word-for-word. They are only permitted to supplement the Common Core standards if they do not exceed 15% of the state’s total standards for the particular content area. States are not permitted to modify Common Core standards in any way and the tests that are developed will not measure any content outside of the Common Core standards. Common Core standards aim to prepare students for community colleges and not for a 4-year college or university.

Bill Gates, the chief provider of Common Core funding, has commented, “When the tests are aligned to Common Standards, the curriculum will line up as well.” In a Harvard University interview on September 21, 2013, Bill Gates further admitted, “It would be great if our education stuff worked, but that we won’t know for probably a decade. Our public schools are not a social experiment for private corporate interests. Common Core is crony Capitalism at its worst that encompasses a watered-down-one-size-fits-all socialist curriculum.
According to a February 2015 report by the Center For Teaching Quality, Inc., 51 days of an average 180-day school year are used for preparing and taking Common Core tests. Is this really what Education is about?

Common Core also requires very intrusive record keeping of our students. Personal information regarding student backgrounds, eating habits, medications, and family structure are to be shared with multiple Federal Government agencies including, but not limited to, the Department of Labor, Department of Justice, Food and Drug Administration, Social Security Administration, and the Substance Abuse and Mental Health Services Administration.

National Sexuality Education Standards are also incorporated into Common Core teaching. Under these standards, by the end of the 2nd grade, students are expected to “Identify different kinds of family structures,” “Demonstrate ways to show respect for different types of families,” and “Describe differences and similarities in how boys and girls may be expected to act.” By the end of the 5th grade, students should be able to “Identify medically-accurate information and resources about puberty and personal hygiene” and “Define sexual orientation as the attraction of an individual to someone of the same gender or different gender.” Parents beware! Who’s values are going to be taught?

How do we stop Common Core?

Educate yourself and others, call your legislators and express opposition, call local school board members and express your opposition, and support the November 2016 ballot question in Massachusetts, which calls for the repeal of Common Core in the Commonwealth.