The Victim Generation: When Nothing’s Your Fault

By Christine Morabito on September 15, 2013Comments Off on The Victim Generation: When Nothing’s Your Fault 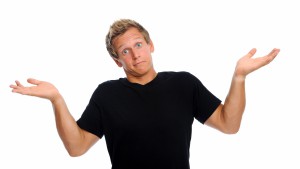 When San Diego Mayor, Bob Filner was accused of sexually harassing nearly 20 women, he quickly announced he was admitting himself into a two-week therapy program. When Washington, D.C. Mayor, Marion Barry was caught on videotape smoking crack cocaine and then lied to a grand jury, he belligerently claimed he was the victim of racism. When Grey’s Anatomy star Isaiah Washington was accused of making an anti-gay comment about co-star T.R. Knight, he publicly stated he was checking himself into a treatment center for counseling.

There is a growing trend in this country and it is not a pretty one. The next generation, whether they are being labeled as victims or as suffering from one disorder or another, are learning that they are not responsible for their actions.

When was the last time you heard a celebrity or politician truly apologize for acting a fool? Why can’t they take responsibility for their part in these public scandals? Instead, the go-to PR move is to deny fault and claim they are the victim of an illness they have suddenly decided to come to terms with. A simple two-word phrase we could all stand to hear more often is, “my bad.”

A tool used by mental health clinicians and researchers to diagnose and classify mental disorders is the Diagnostic and Statistical Manual of Mental Disorders. It is also used to determine insurance and disability eligibility. The latest edition, DSM-5, has identified several brand-new disorders which may surprise you. Among them are Binge Eating Disorder, Caffeine Withdrawal, Hoarding Disorder, and Cannabis Withdrawal. Although considered by the DSM committee, Internet Addiction Disorder did not make the cut. Not yet anyway.

Dr. Allen Frances, once dubbed “the most powerful psychiatrist in America” by The New York Times, has authored a compelling book: “Saving Normal: An Insiders Revolt Against Out-Of-Control Psychiatric Diagnosis, DSM-5, Big Pharma, and the Medicalization of Ordinary Life.” According to Frances, using DSM criteria, 25 percent of our population would qualify for a psychiatric diagnosis in any given year. With drug companies now marketing directly to consumers and heavily courting doctors, 80 percent of psychiatric medications are currently being prescribed by non-psychiatric practitioners, who risk not getting paid unless a diagnosis is made. This is a serious problem resulting in stigmatizing labels, over-diagnosis and over-medication.

In a country where every vice is a disorder and public figures in trouble seek admission to psychiatric facilities as a way to clean up their tarnished image, is it any wonder that victimhood has become an industry in America?

Although my work is with the general public (not celebrities), as a psychiatric nurse, I see this type of avoidant behavior far too often. It is called malingering: the intentional production of false or grossly exaggerated physical or psychologic symptoms. Possible motivations for malingering are to avoid arrest, work, or family responsibility, to obtain food or shelter, to gain financial compensation or to obtain drugs. Despite the fact that valuable resources are wasted on such patients that should be used to treat those who are truly ill, by tolerating this behavior, we are setting a dangerous precedent. It also turns mental health workers into skeptics, which is truly unfortunate. I would like to think we can trust our patients to be honest with their treatment team.

Insurance companies have a responsibility to make sure patients meet certain criteria for treatment. Some patients seeking inpatient hospitalization would actually be better served by outpatient therapies. Like so many other policies, there are always unintended consequences and those who will abuse the system. As a mental health professional, I never want to second guess someone who claims they are suffering.

But, when Mel Gibson goes to rehab after blaming an anti-Semitic rant on alcohol, and disgraced congressman, now candidate for mayor of New York City, Anthony Weiner, claimed texting pictures of his genitalia was the fault of a sexual addition, popular culture is not exactly extolling the virtues of personal responsibility.

Addiction treatment expert William Moyers told ABC News, “Addiction is an explanation, it’s not an excuse. Treatment is a way to find help. It should not be a way to avoid consequences.”

Let’s be better role models for our kids. Shall we?

Is “I’m Going To Rehab” Still A Viable PR Strategy?

The Malingering of Psychotic Disorders